I’ve “moved house” as they say here in England so often I feel as if I could almost do it in my sleep. As a child, we moved so many times that I missed a good bit of what was important in school…thank goodness I was a big bookworm or I’m afraid I’d know very little. By the time I was in the ninth grade, I’d been to 10 schools and in one extreme year of elementary school, I occupied a desk in 4 different schools on both the east and west coast. It’s no wonder that I grew up with a fierce case of wanderlust.

At 18, I joined the Army and left home moving after completing basic training to my first duty assignment, a post in Baumholder, Germany. I arrived there with what I could carry in two large suitcases and an over stuffed military duffel bag. The rest of my childhood things stayed in Georgia with my family so deciding what to pack was not too difficult. These last few months have presented a different set of choices with regard to packing and moving… some of which have been more difficult than others.

As I leave to fly back to Atlanta today, it is with a clear goal in mind. During the next few weeks, I’ll be sorting through what’s left of my physical life in Georgia. Ever a saver with too much stuff, I’ve been going through things since early last year when John and first considered the possibility of sharing a life together in Cornwall.

It was during the first bit of sorting and selling that I came up with the name of my blog…Gifts Of  The Journey. Having surrounded myself so long with things that held memories that I considered part of my story, I never would have believed I would or could consider letting them go. It would have seemed almost as if I were being asked to slice off a finger or a toe. I thought I needed those things to help me balance and connect to what was important. It was during the time when I was selling off the furniture and things that made my house so cozy, that I realized the gifts I was receiving in learning how to let go of the physical stuff in exchange for my deepening connection with John. I had no idea where we would go or really how we would get there, but what I did know was that my house and all the things inside were not what made it a home. Freeing myself from the belongings that I thought had to have, gave me the opportunity to start over in a life I could not have imagined would be so right for me.

I’m back in the air again soon and my next post will find me sorting through books and art and bits of my old life…choosing with the care and heartache my immigrant ancestors must have felt when moving to America so many years ago.  All I can think is…thank goodness, I don’t have to only bring what I can carry. 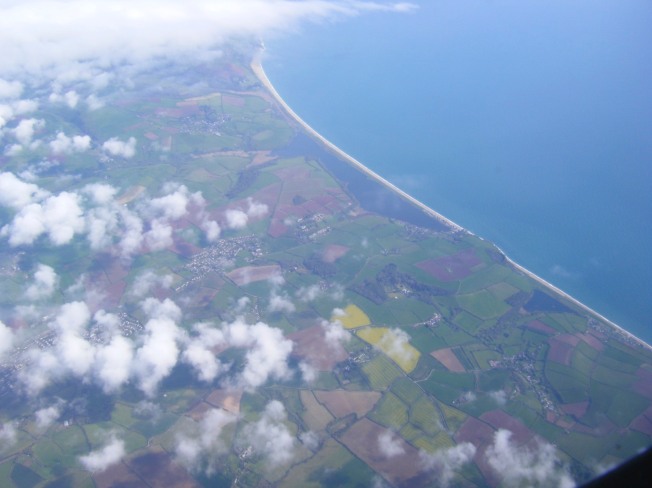