John’s cousin Mary has come to spend Christmas with us arriving late last night at about 11:00. While John was pouring her a glass of wine, I got out the cheese ball that I made the night before which interestingly is called Mary’s Cheese Ball. It’s another recipe from my step-mom Cullene and one of my favorites to make this time of year. I promise you that cheese ball will stand out in a crowd of Christmas party trays and people will be asking you for the recipe once they have a bite or two.

It’s very simple. ( Large recipe located at the end of the post )

You mix some finely chopped green peppers along with crushed and well drained pineapple … I chop my pineapple to be sure it’s small enough. ( I’m serious about the well drained part … you don’t want to have soggy balls.) 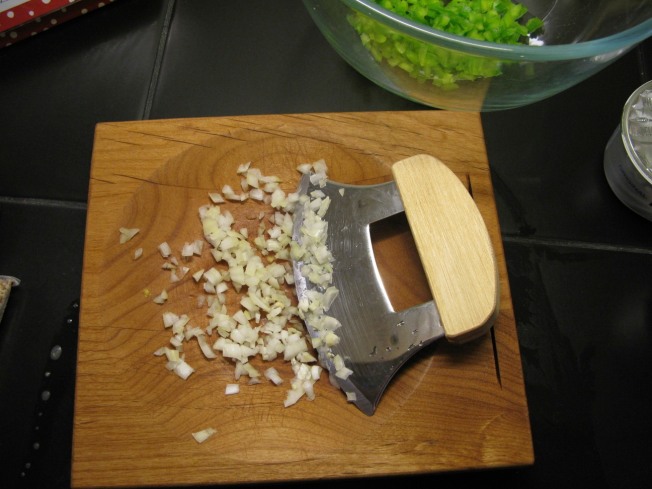 Then add some onions that are chopped very small.

I prefer a spicy seasoning mix like the Spicy Season – All above instead of a seasoning salt as the recipe calls for. I am not loyal to a brand yet but I look for one with less salt and no MSG.

Mix all your ingredients well. ( Don’t forget to add a portion of the pecans to it )

Put down some foil with a bit of plastic wrap on top then sprinkle some of the pecans into the center and add a bit of the cheese mixture.

Then I sprinkle a little nuts around the sides and over the top and use the plastic wrap to work it in gently.

My picture isn’t the prettiest, but it’s going to taste good.

I like to make different sized cheese balls so I have plenty of fresh ones ( that look pretty) when people stop by. 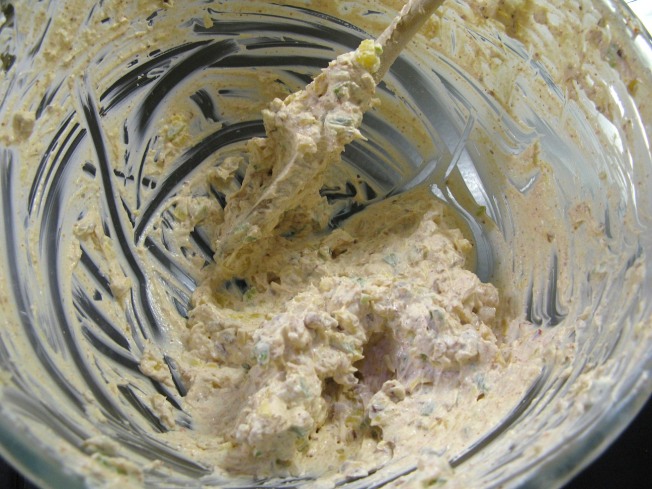 Uh oh!   Looks like there’s enough for one more.

And there you have it, a tower of Mary’s cheese balls almost ready for nibbling. I like to give these a day to develop the best flavor. It’s one of those things that after a couple of days the flavor just gets better. I serve mine with crackers, but sometimes after Christmas I spread it on my leftover turkey and use it in a sandwich.

Please let me know if you give it a try. I already know what your family and friends will say about it. Last night was no exception as my new British family munched it up and said several times how much they liked it. I’ll be back in a little while to show you what else I ‘m working on. Dare I say there may be more than two or three posts today.