If you are American you are probably are familiar the expression, friends with benefits that I’ve used as a title for today. John thought it meant having friends who receive state benefits when I asked him what he thought so after explaining the American meaning of the phrase to him, I decided to add a link for those reading who might need more information. I’ll be using those three little words a bit differently today to illustrate a few of the benefits I have discovered after making new friends here in Cornwall.

My husband John and I have a great life together which I would say is only missing two things, one of which I barely notice now, but most of my American readers would think impossible to live without. I know I did at first and still struggle a bit with it on some of the cold and wet days that seem to stay with us for long stretches in the winter.

Georgia winters are cold and wet too so that was nothing new, but making it through the damp days without a tumble dryer as Brits call the other half of the washer/dryer combo was a whole other beast. John thinks they are a waste of energy and has never owned one. Two years into a dryer-less life, I find that I have adjusted to hanging them on a clothesline in all sorts of weather and I am no longer ” bovvered “ as Lauren Cooper might say.

The other thing I miss is having my own dog. We travel so frequently that it really is impossible to consider getting one. It would be too hard on the dog to board at a kennel and too costly as well. So for now we remain dog-less at least in our home anyway.

You see everywhere I go in this village there seem to be dogs and some people don’t stop with one, they have two or three. So there are always plenty around to play with like Cherry and Nigel’s new puppies that I had an opportunity to photograph in the churchyard on Saturday.

Remember what I said earlier about friends with benefits … well, having a chance to play with sweet puppies like Alfie and Dougie are two of the benefits that go with having Cherry and Nigel as friends. Not that those too aren’t great on their own, but letting me cuddle up to their new boys makes it just about perfect.

Remember what I said about having not one, but two …

I almost can’t stand the cuteness whenever I am around these two. 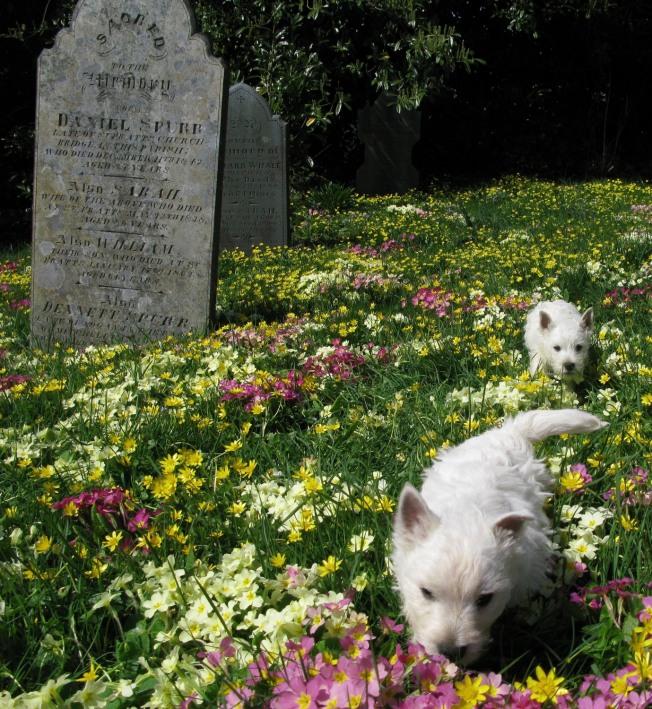 Dougie chasing Alfie through the primroses.

Looking for something to nibble. 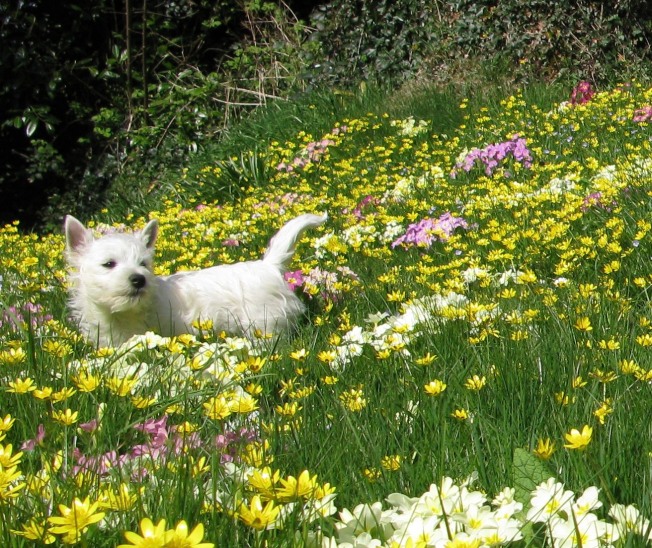 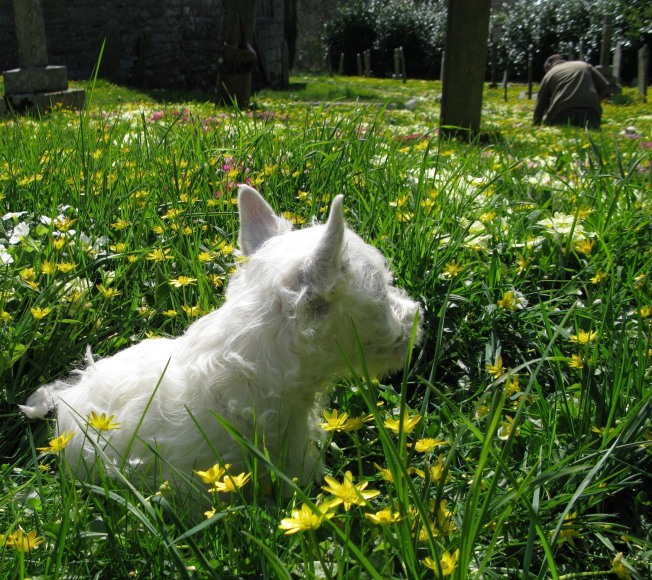 Alfie discovering someone else on the scene. 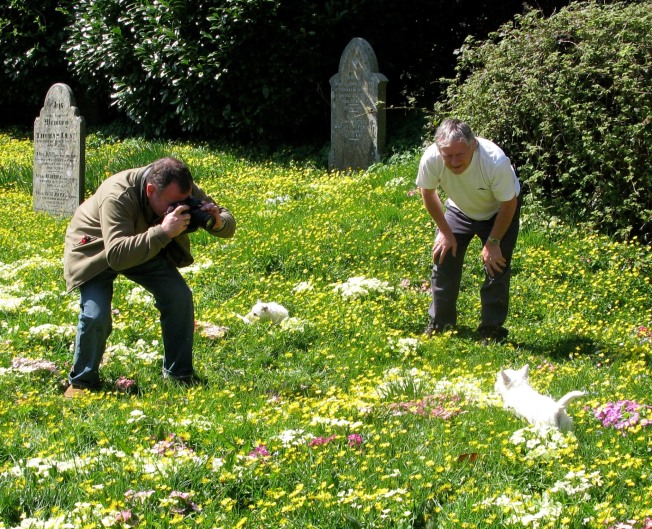 Mark and Nigel trying to get Dougie to pose while Alfie pretends he is a patch of white primroses on the ground in between them.

One of me in the pub with Alfie … pubs with dogs … heavenly!