I’m often stopped by strangers when I’m out on a run who ask, ” Can you tell me how to get to … ” and I must have acquired a new level of confidence when responding as people seem inclined to accept my instructions without displaying the hesitation I’ve witnessed in the past.

The man in the photograph below was walking on lane in the opposite direction as I passed him yesterday and wished to find the Camel Trail. He had parked nearby, but had somehow gotten off track and needed a bit of help to find his way back. As I was going in the same direction, I led him to the trail and then slowed to a walk to allow him to get far enough ahead so I might feel a bit more alone on the path. He was the first person I had run into on a stunningly perfect weather day and I was surprised not to encounter more folks along the way.

Even though it was hardly crowded with only the man above and his dogs, I still wanted a bit more nature and no people if possible so I could be totally alone my thoughts. I was doing some big daydreaming yesterday as I mentioned here and I didn’t want to have to stay alert to the passing bell sounds of cyclists approaching from behind or to have to break concentration to give a customary greeting or head nod to others on the trail. On days like these when I need more room, it helps to know which direction to go or at least have a sense of adventure about discovering the less traveled places. 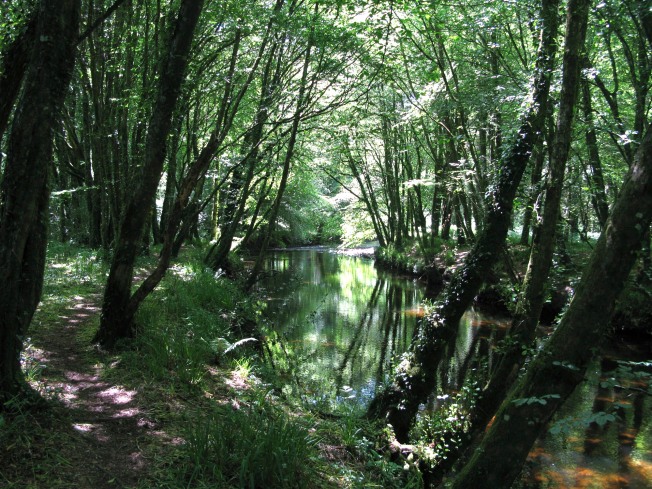 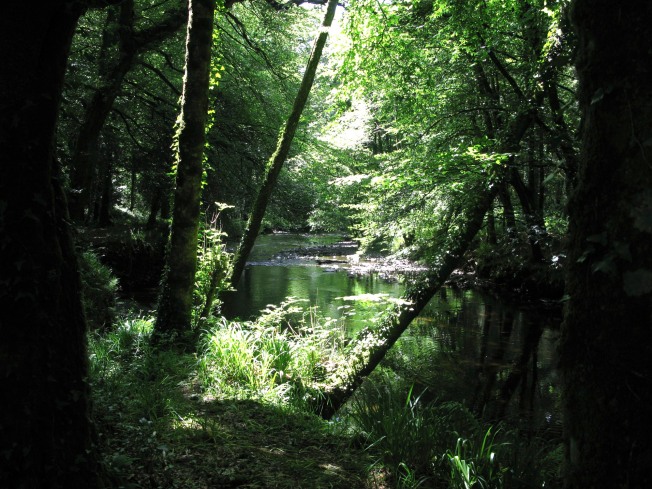