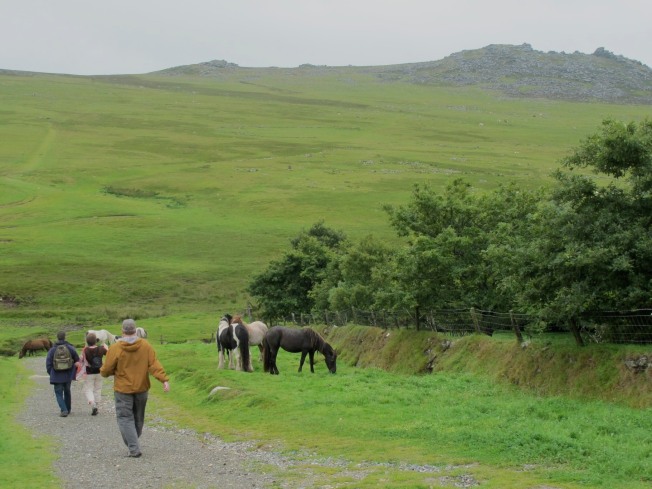 As I continue sharing our three-day visit with friends David and Steven, I want to show you our trip to Rough Tor. David took the photo above as we struck out for Rough Tor. 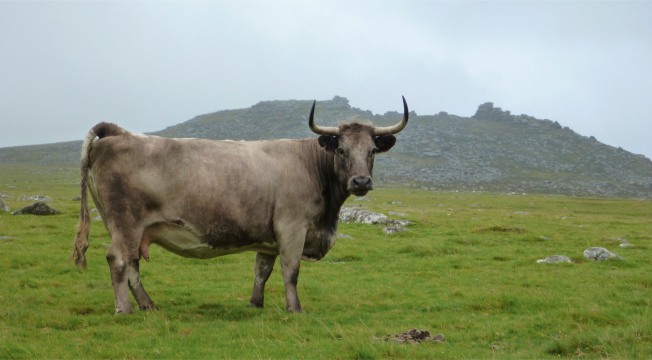 John went on with ahead with Steven while I lagged behind a bit with David as he and I took time to snap a few photos along the way. The three images below were taken by John. In the one just below you can see two tiny dots in the center. ( click to enlarge ) 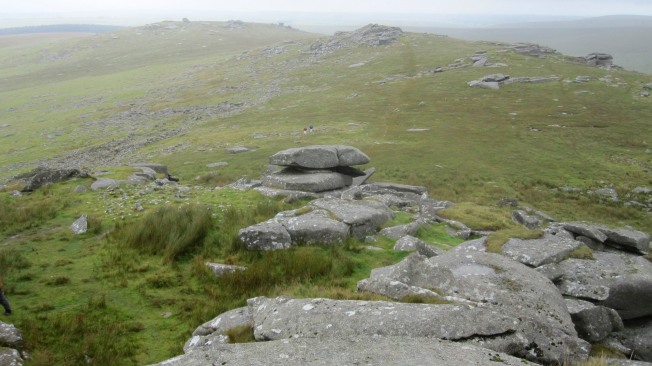 In the image underneath you can see the tiny dots a bit better. I am the dot on the left and David is the one on the right. 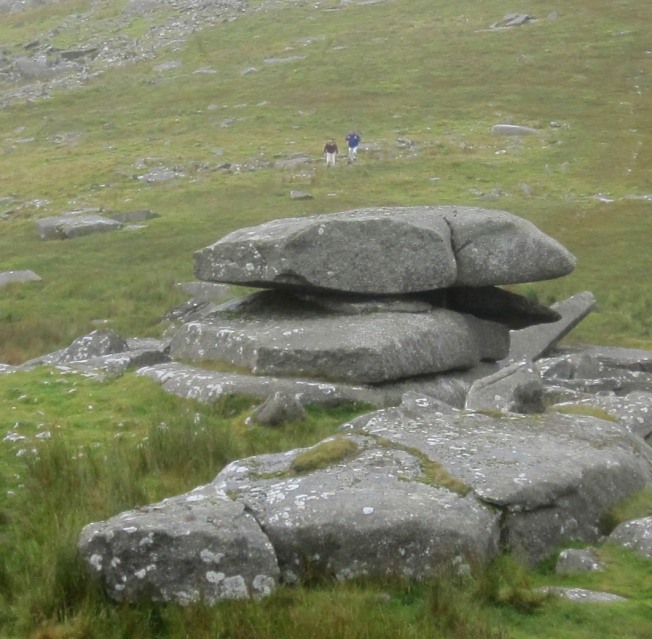 Do you recognize the pile of stones below? Oh wait, there’s someone missing … look at my border at the top and you’ll see me standing on the same pile of rocks. Steven has long appreciated that photograph and wanted his photograph taken there above all else during his visit to Cornwall. Due to the fierce wind and the slipperiness of the wet rocks he had to use another stone as a stand-in.

See the rock above David’s head (he’s in the blue jacket ) … that’s the one Steven wanted to stand on.

Even I didn’t want to risk it this time, but I did slip my shoes off to climb up on the one next to it on the back side. (two photos below) Can you see the moorland pony down left of Steven … it’s a long way down from the top of the rock. (click to enlarge)

After I slipped off my shoes, I felt much more secure climbing up the back side of the rocks below. My neglected rock climbing skills came in handy and I’m glad I was still in shape ( hah!) well, at least well enough to get as high I did below. 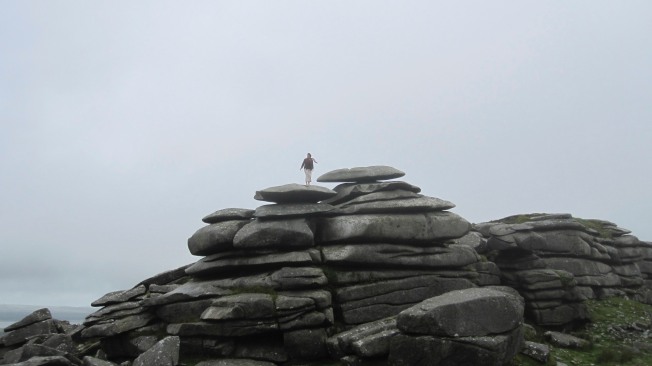 Yep … that’s me. The wind was wicked.

From my lofty advantage I managed to get a photo of John ( ant-sized figure in the center)  as he was taking pictures of me. 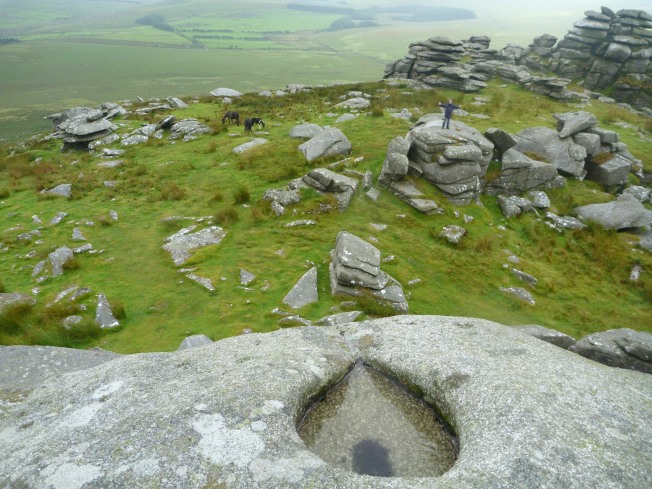 Did you find John? He’s down there with his arms outstretched. I had to step back to show you the cool impression carved out by weather on the rock .

Here’s a photo of me with Steven after I came down off the rock. I’m wet and bedraggled from wind and rain along with still being barefoot. 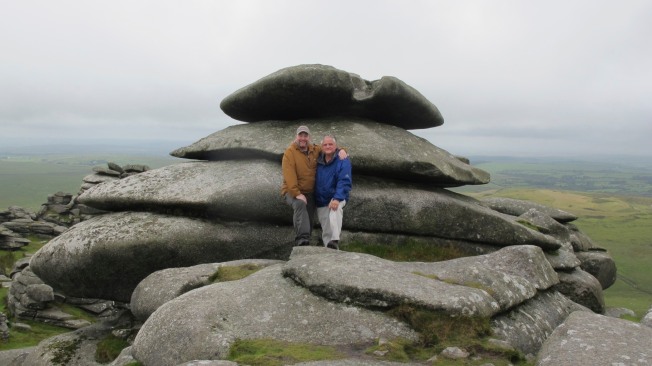 John did a bit of climbing himself.

I think by the time this one was taken John was ready to go. 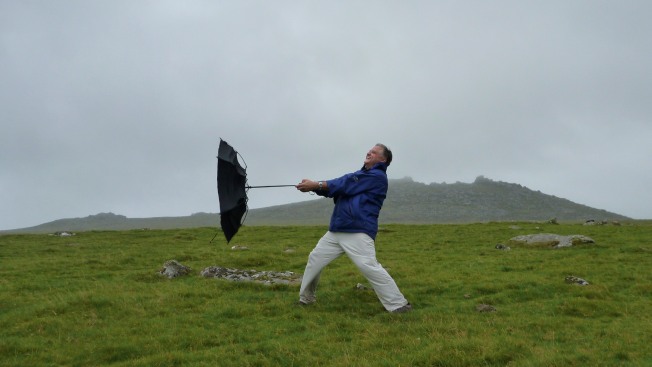 I couldn’t resist finishing with David and his runaway brolly. It’s a long way down although easier than the climb up and about halfway back to the car David decided he’d had enough of the rain and decided to find his own cover. His umbrella clearly had other plans.

I’ll be back with more later if you’re interested. Sunday took us to St. Michael’s Mount for a service in a church built in the 14th century and I have some good pictures from our last day to share with you.