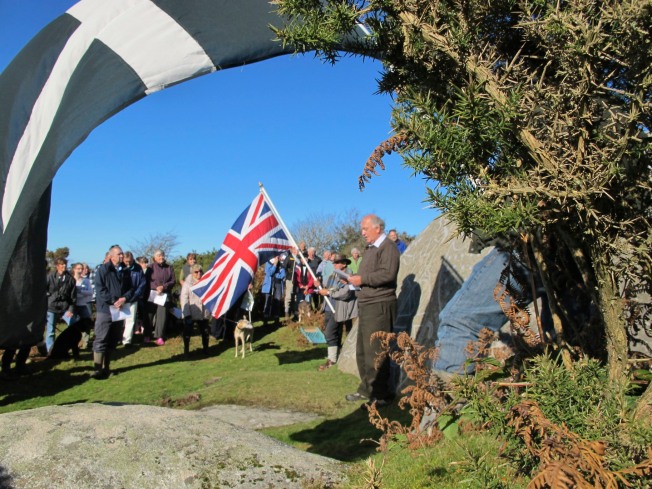 Yesterday we gathered with a group of seventy or so people to celebrate the 200th Anniversary of Jubilee Rock.  A quote from an article written by Peter Davies in 2007 for a local paper talked a bit about why all the carvings were done on the massive stone and by whom.

” The massive 8 foot high granite boulder was said to have been carved by Lt. John Rogers to celebrate the 1810 golden jubilee of King George III. All is apparently original except for an 1897 addition for Victoria’s golden jubilee.  Detail includes Britannia, the Royal and Cornish coats of arms and those of local families, a plough, and two mason’s marks, a compass and square.”

While the 200th Anniversary is actually today, the celebration was held on Sunday to make it easier for more people to attend. Thanks to some local men, a careful restoration took away the lichen that was seriously obscuring many of the carvings and there was even a descendent of Lt John Rogers on hand to talk about his family ties to the area and to replace the special plaque the side of the rock.

I took loads of photographs documenting many people standing and participating (singing) that I recognize from our village nearby and when a photographer for one of the local newspapers gathered everyone around afterward for a group photo and asked loudly, ” Is everyone in who wants to be in the photograph? “

I snapped off a couple of shots before deciding at the last minute that I wanted have a place in the local history of my new home and shouted out, ” Is it too late for me to be in the picture? ” I quickly took my place near my friend Tina on the other side of the flag of Cornwall, the black and white St Piran’s flag.

I don’t have copy of the photograph yet, but somewhere there is a picture with me with my neighbors standing round a special rock on Bodmin Moor in much the way locals from the area might have 200 years ago. 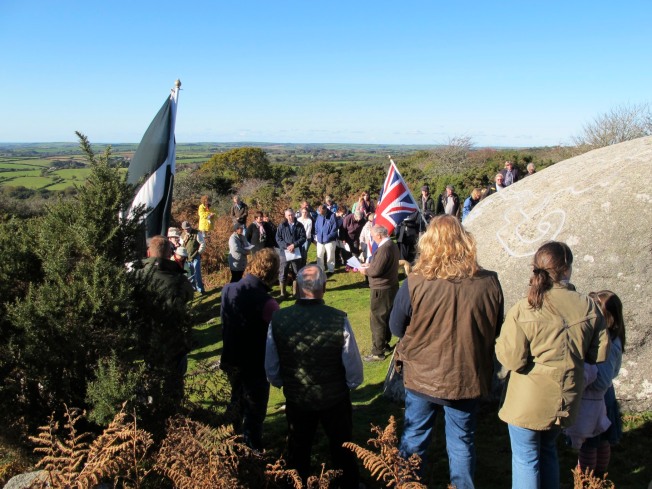 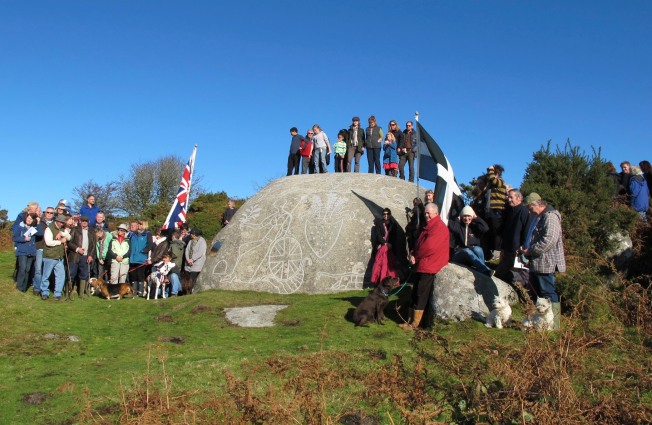