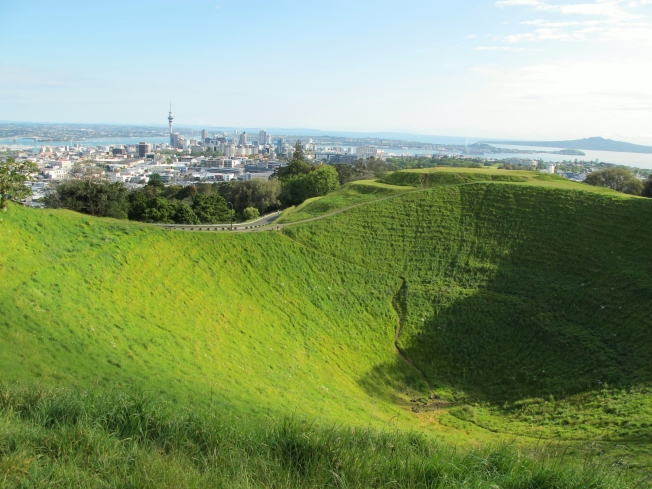 You hear a lot of stories on the road and this one made me curious as to whether it actually happened as the story was told or if it is perhaps an urban legend gone wild. If any of my readers know the truth, please share it in a comment below as I can’t find a confirmation on the internet.

The Story: About eighteen years ago some University of Auckland students decided to play a big April Fool’s prank on the people around Auckland. They dropped a bunch of old tires into the crater of this long dormant volcano and set the tires on fire in the night so people waking up the next morning were greeted with what they perceived as smoking volcanic activity and before you could say boo, people had packed up their cars to drive to a safer place away from the impending doom. All roads were jammed with traffic and by the time someone walking their dog had taken a look into the crater and verified the hoax it took hours for the traffic to clear and many people were forced to take the day off.

While out walking a couple of days ago on our way to a place called Cathedral Cove, I spotted what looked like the perfect place to take a nap. From a distance I could see a place in the trees close enough to see and smell the sea, but not exposed in the way one would be on the beach.

We were walking past in a hurry to reach the beach when I told John that I was going back for a photograph. I told him that I wanted to be able to remember it so that if I had insomnia as I sometimes do, I could picture myself there in the grass and focus on that instead of whatever might be keeping me awake.

After a snap or two of the napping place under the trees,we set off once more in the direction of the white cliffs above. 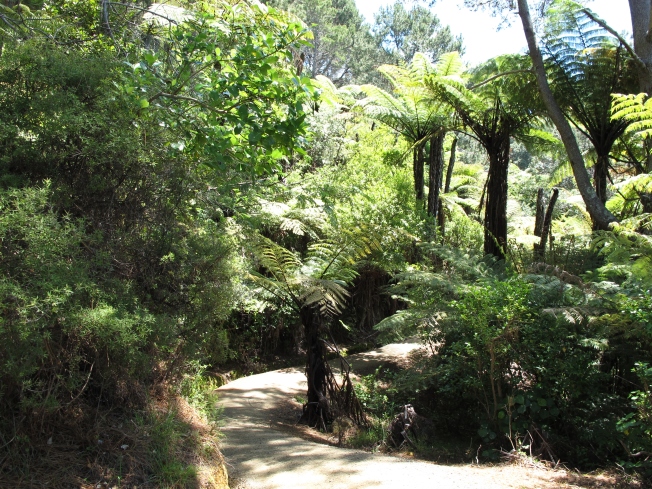 We walked an easy and well maintained path that was shaded with Ferntrees so large that I felt as if we were in a jungle part of the time.

Once we were almost there, we climbed down a long series of steps until we reached the sand on the other side.

John wasted no time in popping out for a bit of sun and photographs, while I stayed closer to the rock wall in the shade.

Yep, that is me sitting in the shade in my hat and even though you can’t see it, I’m wearing a good bit of sunscreen too. If you look a the photo below you can get a glimpse through the cave. 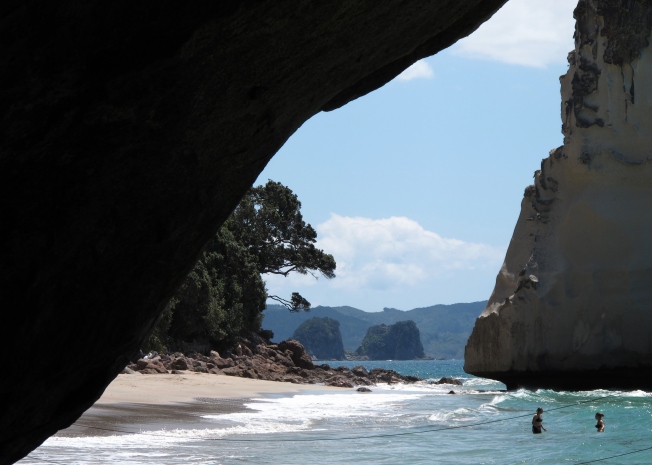