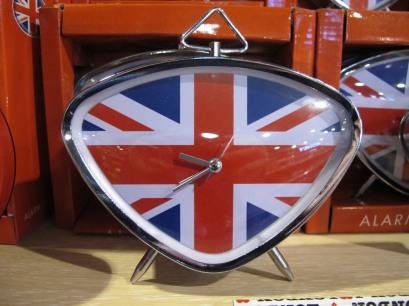 I’ve been writing fast and furious over the last few days trying to meet my goal for NaNoWriMo, but I had to stop for a minute to send out a thought on some nasty business that happened on a London tram the other day.

The language is really rough so be aware before you click on the highlighted link above.

I’m not sure how they found her, but Emma West was arrested for her racist rant yesterday and I’m sure many will be watching to see the outcome of her court appearance. At least 2 million people have seen the video, and I have to thank one of the bloggers I read for alerting me to the news story.

I just watched the video a few minutes ago and was shocked by the foul-mouthed rant of the woman who was holding her child in her lap. One woman spoke up to her and then another woman joined in, but only because the shouting had bothered her baby who can be heard crying in the background.

While working on my novel this month, I’ve been seeing the world and it’s events differently, more like scenes in a movie as the chapters in my book develop. After watching the video, I couldn’t help but visualize a different ending than the one the people on the tram had to tolerate many of whom are not British by birth and probably feel a bit displaced already without being confronted by such a venomous outburst.

In the movie scene in my head, I wonder …

What might have happened if when the woman began shouting, ‘ You ain’t English, and you ain’t English either ‘ as she was did to those around her … what if one person on the tram had launched into a loud song, one uniquely identified as a song all Brits and many expats would know, a song that’s sung at public events by the masses and is usually one found in the group below.

What if one voice became two, and then three, and then four, until one by one the voices of everyone on the tram were joined in song so that in the end both immigrant and British born citizens were singing so loudly that her voice could no longer be heard.

That might have shamed her into silence and made the people she was insulting feel better for a moment, but I’m not sure it would have had the impact needed to bring some greater sense of community in the mix of cultures that call Britain home.

Maybe this is a wake up call for a dialogue of some kind. I know there are strong feelings out there, I hear the rumblings too sometimes, but there has to be a better way than the one Emma West is teaching her child.

Isn’t it time we work on finding it and if not now, then when?

Music hath charms to soothe a savage breast, to soften rocks, or bend a knotted oak.

9 thoughts on “You Ain’t English! – The Ride Turns Ugly On A London Tram”