I know you won’t find fault with my lack of words lately especially when I explain why. I meant to give you something more today, but I was lured away from my desk by the promise a little sunshine brings and the allure of a lady (of sorts) in red, waiting for me to come back to where I last left her.

One minute I was typing away on something I wanted to say and suddenly I’m hearing the brrrring, brrrring, of Dora’s little bicycle bell. After a quick tire check and a bit of light dusting, Dora and I headed for the Camel Trail. John was waiting at Helland Bridge and we cycled on together to Bodmin to pick up a few things for dinner.

Here’s a few photos from our afternoon out. 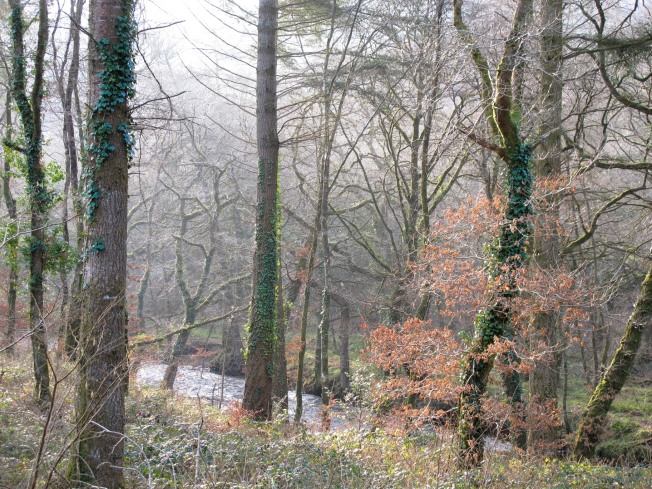 The Camel Trail:  A river runs though it. Okay, it’s really along side it. 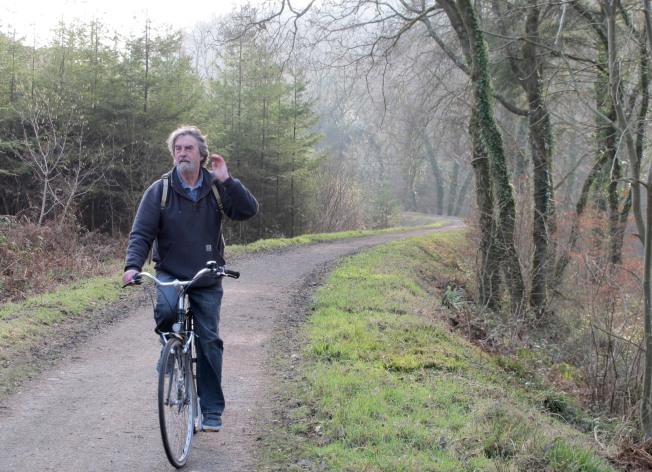 I caught John was adjusting his hair in this action shot and told him I was going to start calling him “Hollywood!”

The trail runs along the same path as a former railway line. There’s a shell of a building in the top right of this photo.

Check out the determined look on my face. 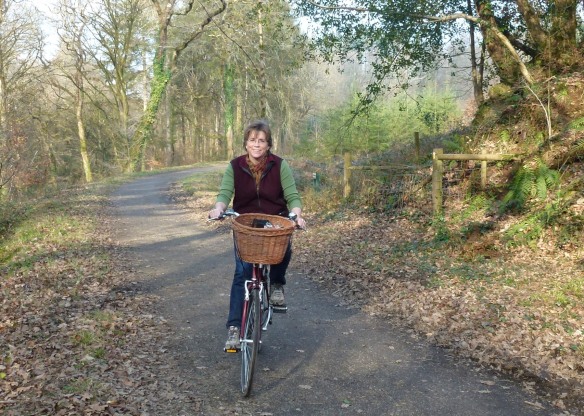 I’m halfway home in this one. 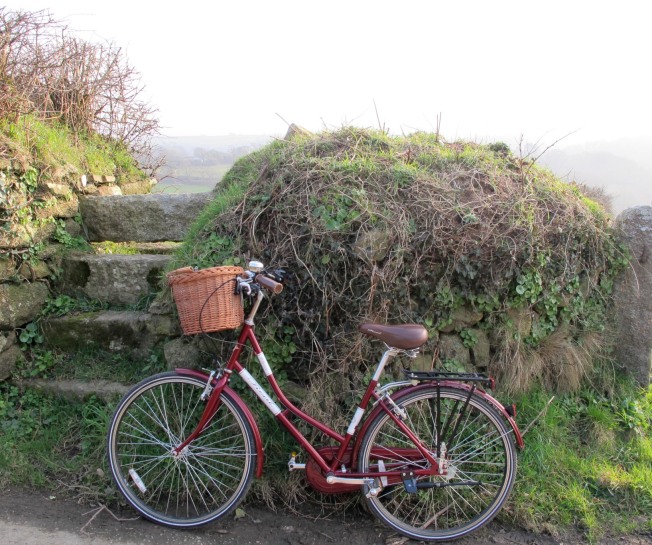 I took advantage of this stile to catch my breath, give Dora a rest, and snap a few photographs.

If you climbed up you’d see the view above. In the photo below you can see part of the slow incline of the last long hill before home.

Turn slightly and the view shifts a bit to include a huge old house that’s perfect place to let your imagination go wild. I always think of Mary Shelley when I see it. 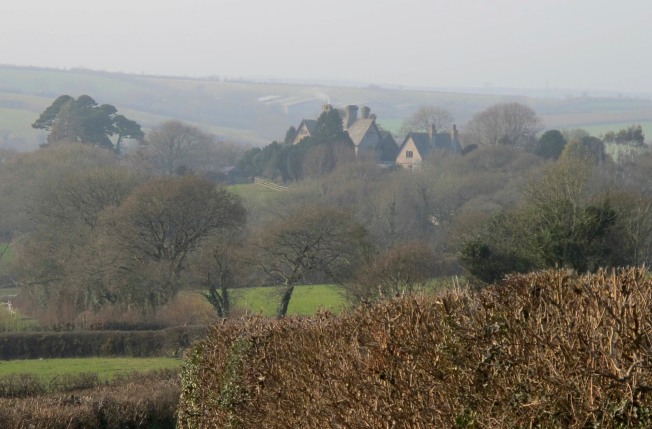 Here’s a closer look at the house over the cropped hedges. I always think the hedges look so awful after they’ve been cut back. They look as if they’ve been given a bad haircut with dull scissors. In a few months they’ll be so lush you won’t be able to tell they ever looked so rough.