Alternun Church is known as the Cathedral of the Moors and while from the outside it looks at a glance like many other parish churches in Cornwall, this one has tower which is 109 feet tall (3rd tallest in Cornwall) and is partly constructed of moorstone which is not quarried stone, but granite lying about on the moor. The original church of St. Nonna was Norman and built in the 12th century, but only a few pieces still remain. Named after after the mother of St David who left her native Wales around 527, the church as you see it now was built in the 15th century. 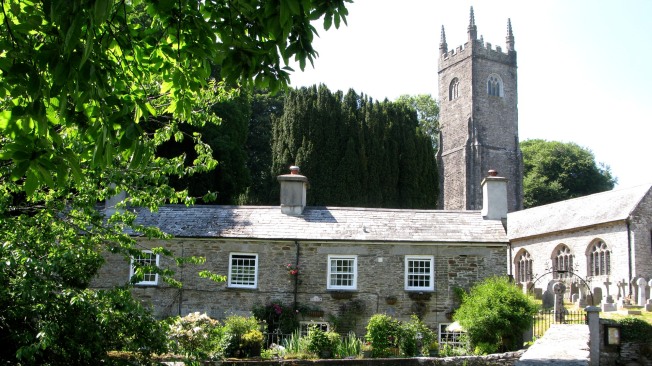 In the photograph just above and below you can see a Celtic cross from the 6th century which would have been standing during St Nonna’s time. 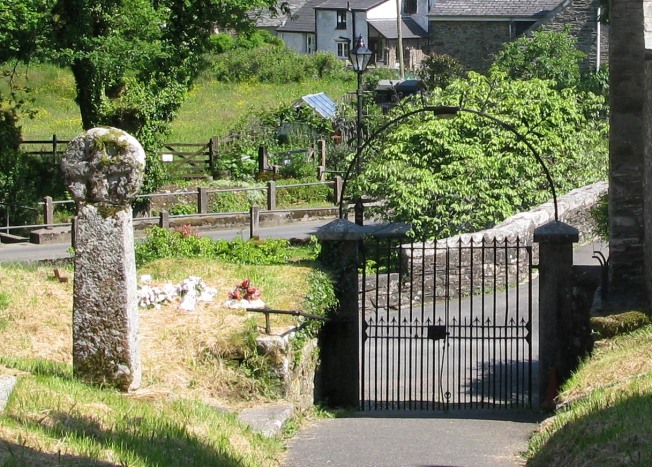 The Celtic cross is to the left of the church gates. 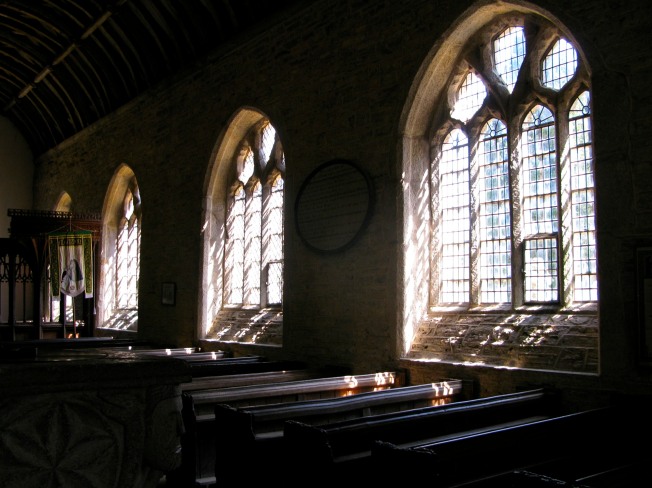 Moving inside the church the first thing you see is the light from the long row of windows and the faces on the huge font below. 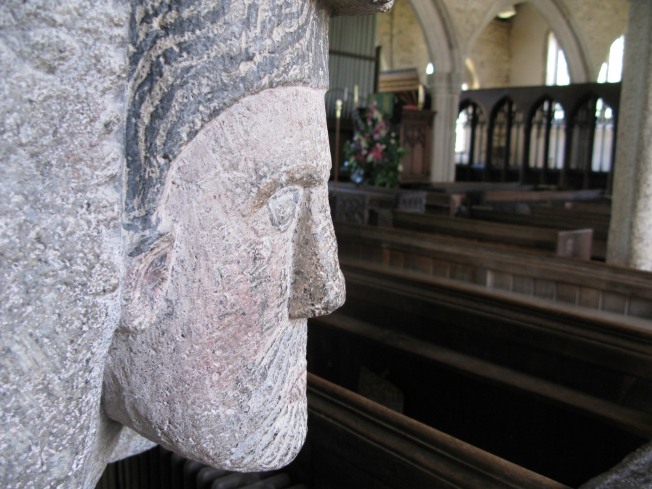 The baptismal font is one of the few remaining pieces from the 12th century church and according to a church guide written by William Kneebone (parish vicar from 1936 to 1967) is typical of the late Norman style. The faces and radial motif along with the square shape are typical of the period in contrast to the rounded fonts favored during the Saxon period. 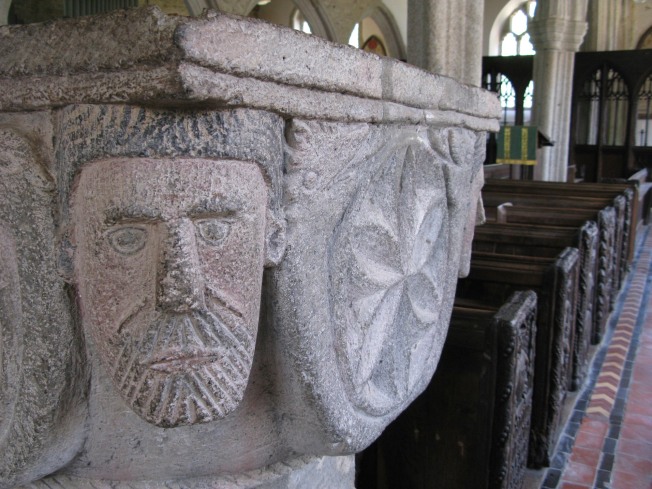 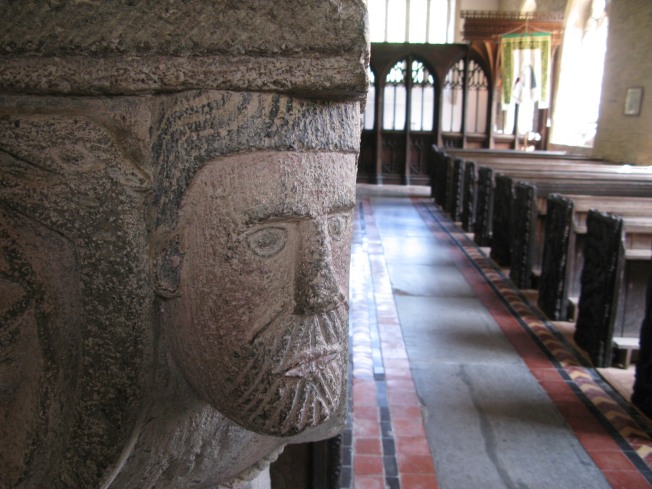 I think they look fairly fierce in a simple sort of way. 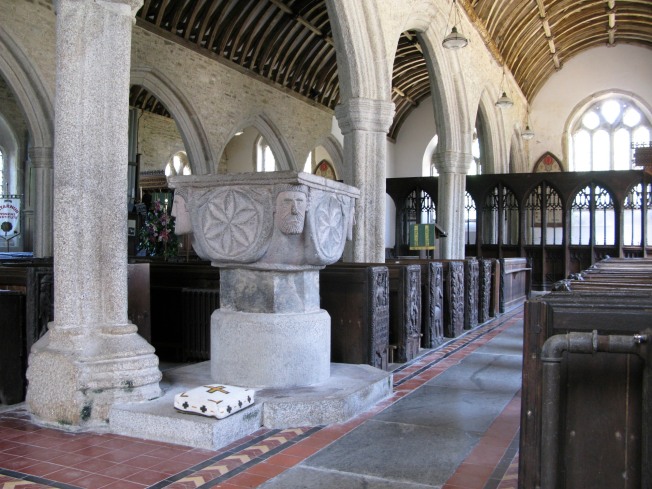 I can’t imagine having a baby baptized over a font that has been in use since the 12th century. 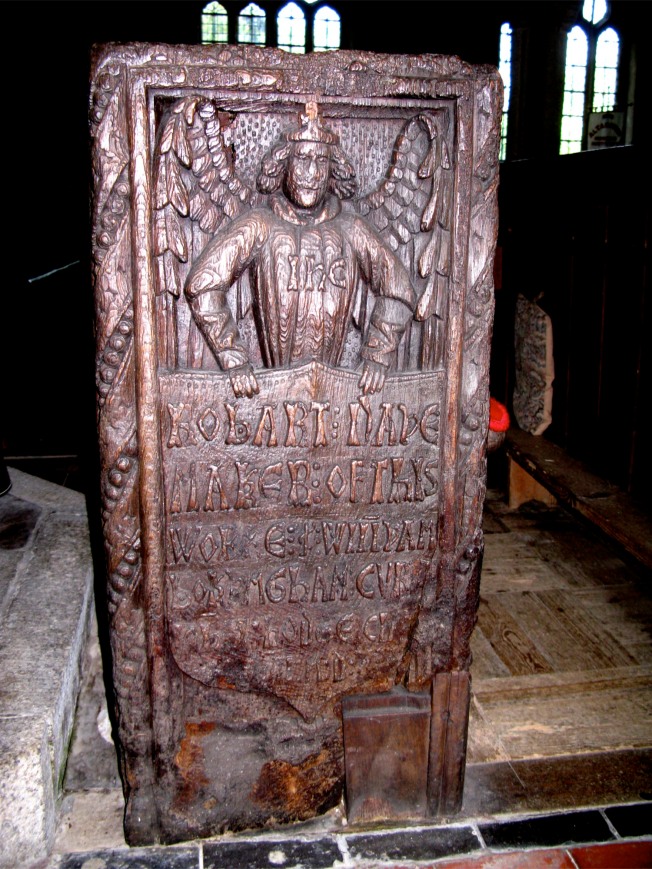 One of the things this church is known for and one reason John wanted to see it was the collection of carved bench ends. These are also unusual in that the work is signed. As you can see above, the 79 bench ends were carved by Robart Daye during the years 1510-1530. Some are traditional Christian symbols.

Some depict scenes from the renaissance period like the medieval fiddle above.

On this one you see a jester which seems an interesting choice for a church bench. 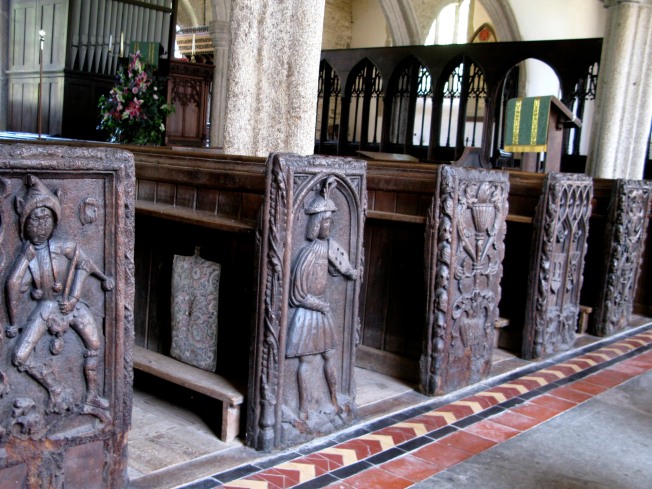 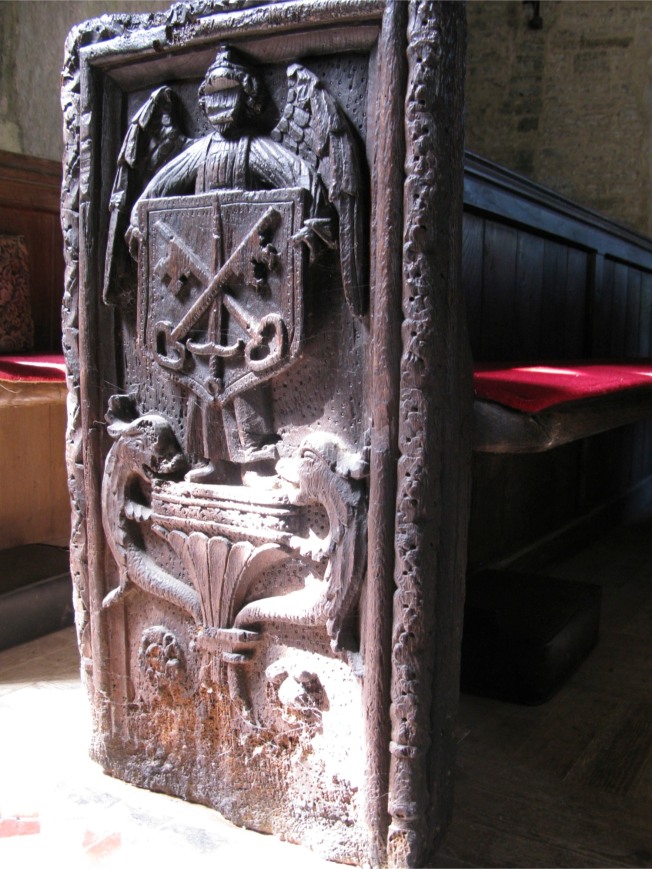 Some of them have had the faces destroyed.

This box was interesting in that not only was it dated 1684 based on the carving you see, but it was still in use. There’s loads more in this church that is historical and interesting. To read more about it you can go here or come to Cornwall to see it for yourself.