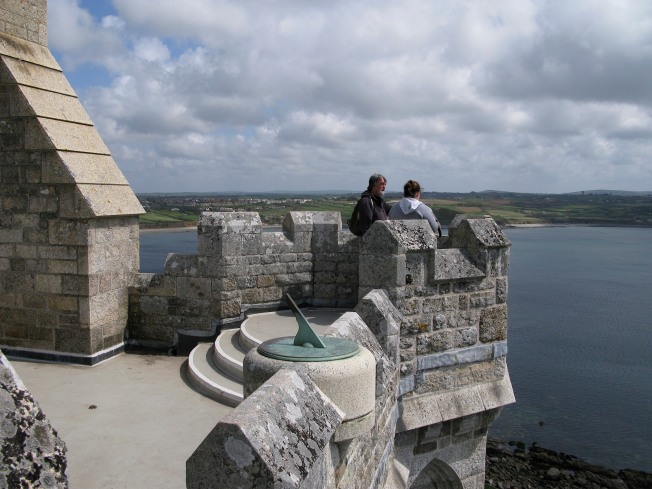 When John and Miranda met in Virginia at the university she was still attending a little over two years ago, they really only had a few hours to get to know each other and while it was pleasant, they were still virtually strangers when he and I married a year later in February of 2009.

Over the last two years they have interacted a bit during some of my online iChat conversations with Miranda, but most of what they know about each other has been filtered through me as I have talked or written about them.

You never really know how people will get on and it’s a big leapt to think that just because they’re my favorite people to spend time with that they might enjoy each others company as well. I am pleased to say that any concerns I might have had have melted away as I have watched them laughing and chatting about different topics on their own.

We’re off again in a few hours on our whirlwind tour of Cornwall. You would not believe the photographs we are all getting. John is shooting more video than anything else, but Miranda and I have our cameras in hand and it’s been fun at night to reflect on the day and remember some of the conversations that have come from our shared experiences.

Eden waits for us today along with Lanhydrock and maybe we’ll even have a chance to give a couple of babies a squeeze at the end of the day … if we have any energy left.