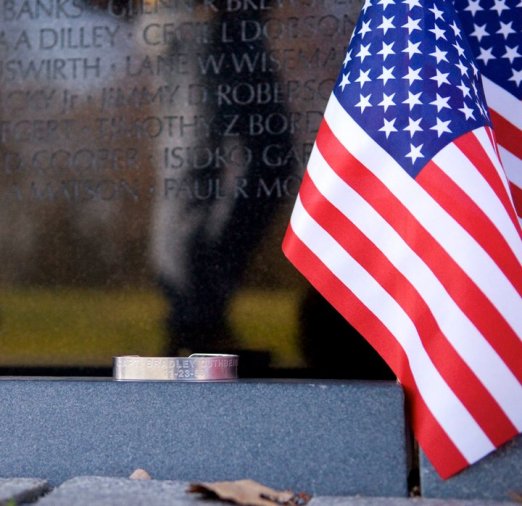 It can be frustrating when you spend several hours searching for someone online and can’t find them. We’re all so used to easy access to information, but what if you spent your whole life searching and wondering.

Major Bradley Gene Cuthbert went missing on November 23 1968 during a flight over North Vietnam. It was his 28th birthday.

When agreements were reached and the POWs came home, Major Cuthbert was not with the survivors. According to information I found online, it seems he was declared dead based on two teeth, a dog-tag, and differing tales from witnesses some as old as 21 years after his plane was shot down.

Two teeth were repatriated and his military file was closed.

His daughter, Shannon Cuthbert Sassen believes he may still be alive somewhere.

I’d like to think we wouldn’t leave a solider behind and that all efforts to find him were exhausted, but 45 years is a long time and it seems unlikely that her father will be returned to her now.

After reading his story and her comment with it, I tried to find her online to give her a copy of the image above. I took the photo of the POW bracelet with her father’s name on it during a trip to Washington D.C. when John and I visited the Vietnam Veterans Memorial.

The long dark wall is a powerful memorial to loss and suffering and like many memorials, people sometimes leave mementos behind. Placed along the wall are personal touchstones left by people connected to someone whose name is etched on the reflective wall of war dead.

A lasting memory from my childhood, the POW bracelet caught my eye placed as it was in front of the wall next to an American flag.

I tried to find Major Cuthbert’s daughter through a variety of search routes before giving up. I hope this post finds its way to her so she will know that her father is not forgotten and that I too, will be thinking of him today.

I’ve written more than a few words about Memorial Day over the last few years and you may be interested in those stories as well.