When my daughter was fifteen we took a mother-daughter trip to Colorado to take part in an Outward Bound wilderness experience with some other parent/child combinations. We quickly made new friends and became part of an impromptu group of cheerleaders as we encouraged each other to take on a variety new experiences such as rock climbing and white water rafting. While I found rock climbing a bit scary, (I hate heights) but now love climbing, the most memorable for me was the camping part of our week together.

By the time we had hiked up the mountain and slept in the woods for a few nights, I was ready for a shower and a real meal. We had some hot food while we were camping, but back then even I didn’t care much for my own cooking so I had to get creative. 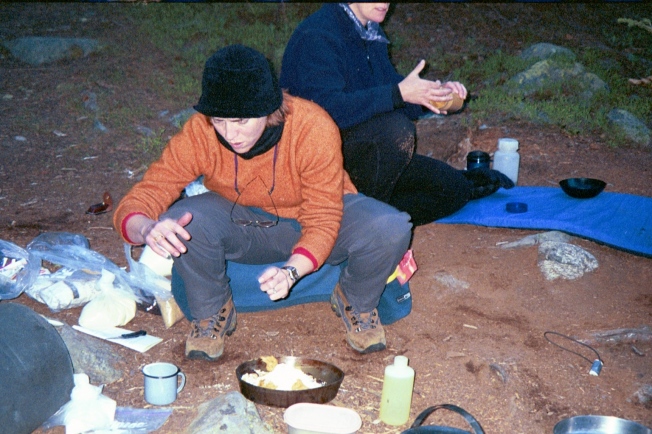 Eleven years later, I can still remember what I tried to put together from memory over an open flame. Those who’ve been reading GOTJ for a while know that I love peanut butter and have a terrible sweet tooth so it should be no surprise that the glob of stuff in the pan in front of me contained most of the ingredients needed for a big peanut butter cookie. 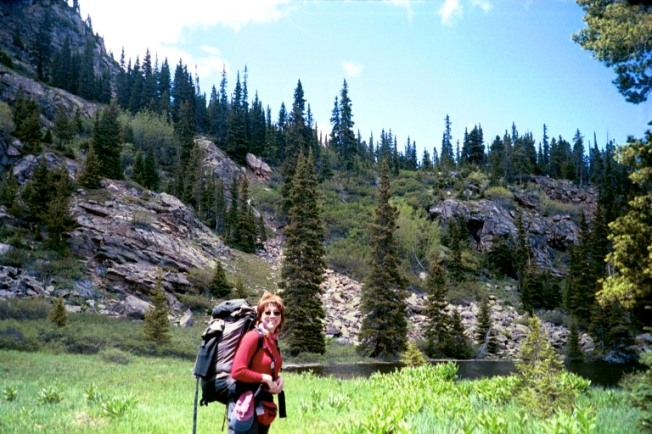 Now here’s where the story gets rocky and no jokes about my camping hair, please!

As we were hiking down the mountain, I may have done a bit of moaning about how heavy my pack was and how it was killing my back, but I remember that backpack feeling like it weighed a ton. Even with a couple of rest stops for wilderness potty breaks and  snacks, I was glad when we finally reached the cabins where we’d started our journey a few days earlier.

I quickly plopped down and began pulling out the contents of my pack so I could give back what had been provided by the Outward Bound crew and set aside what was mine. Imagine the confusion on my face when I discovered a large rock mixed in with my belongings. After seeing my daughter exchange a look with another camper who clearly was in cahoots with my little prankster, I burst out laughing realizing I had been tricked into hauling a big rock down the mountain.

The next day, Miranda and I boarded a plane and headed for home. I snagged our bags at airport and began unpacking my duffel almost as soon as I made it through the door not wanting to wait too long to tackle a week’s worth of dirty clothes. I unzipped the bag and began pulling out my stuff only to find that same rock. I still don’t know how she managed it, but my sneaky teen was able to get the rock into my duffel bag without me noticing and I carried it home to Georgia.

I put it on a bookshelf to save because it made me smile to think of the trouble she’d gone to surprise me and to make me laugh. So when I was shipping my things to the UK, it seemed only right that such a well-traveled chunk of Colorado should make one more journey, this time to Cornwall. 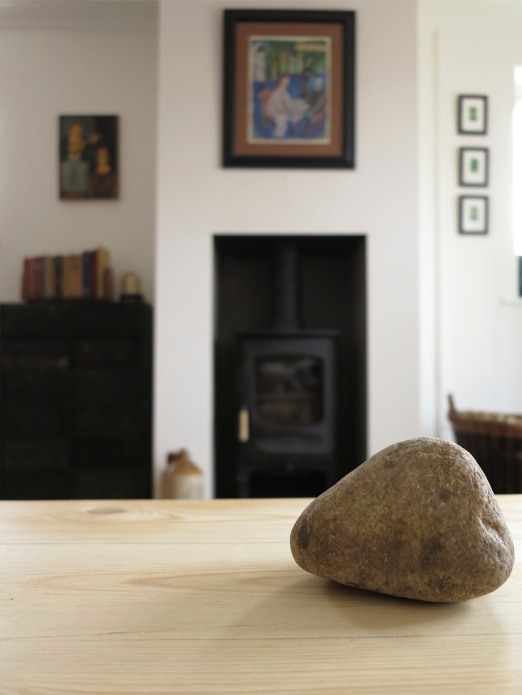 I know it just looks like a rock to you, but it’s memory of a time when everything seemed a struggle and I’d forgotten how to have fun. That trip marked the beginning of several life changes for me and it was when I began to get my laugh back.

It’s funny how a bit of silliness can do that for you … if you are willing let it.