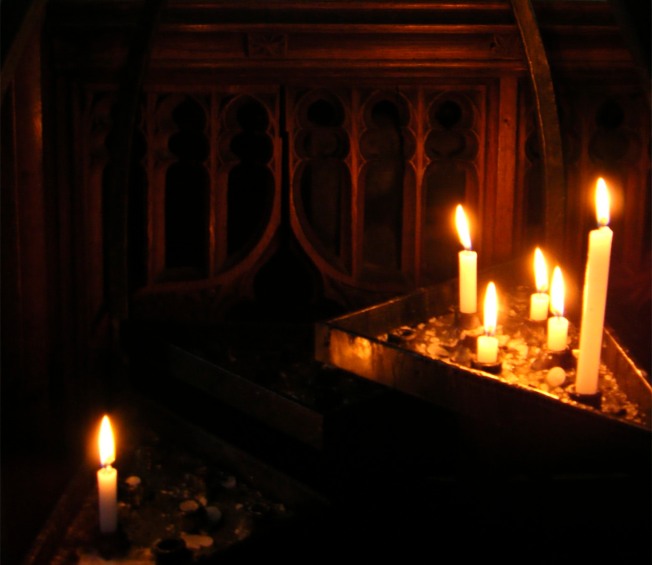 Last year on this day, I wrote a memorial post to mark the sad anniversary of the tragedy that occurred during my daughter’s second year as a student at Virginia Tech. The Ways We Remember, Those We Cannot Forget details more from April 16 and the days that followed.

When we moved into April a few weeks ago, I noticed my daughter had changed her profile picture on Facebook from her regular photo to the image below. It is familiar to many associated with Virginia Tech and the one I have seen most often in the three years since the Virginia Tech shootings.

After seeing the change on April 1, I asked her about it when we spoke later that day. I usually switch to the same image on my Facebook profile a few days before the anniversary, but never so early as the beginning of the month and I wondered why she had changed hers so far in advance. Miranda told me in so many words that in the month of April, the anniversary is always at the forefront of her thoughts so she wanted to note the significance for her.

When I hung up the phone, I considered that while most people were celebrating spring and new beginnings, she was remembering the day when so many died. It saddens me to think that this will likely always be a rite of spring for her. I wish there was something I could do to change that, but it is beyond my control as are so many things for parents when children grow into their independent selves.

Miranda is generally pretty quiet when it comes to that day. When people ask about it, she is polite and almost matter of fact. She tends to keep her feelings to herself. I imagine these kids, now adults walking around like war vets in a way … only really discussing that day with people who were there and lived through it too. As a mom who believes in the healing power of conversation it is difficult for me to stand back and wait to give comfort when needed, although I smile as I think, I am always at the ready.

I take comfort in how she chooses to honor the memory of those no longer living with her desire to risk more and live more fully for those who lost that opportunity on 4.16.07. I didn’t know she felt that way until I saw something she had posted on Facebook the other day that suggested that sentiment as a way to remember those who died.

I understand that thought completely as it is something I have tried to do when grieving the loss of friends and family who died too young. It gives me some measure of peace to see that we share a similar idea because I know it has been a source of comfort for me when I could not understand the why of premature death. I cannot think of a better memorial for those lost than a life well lived when searching for ways to honor those we can never forget.