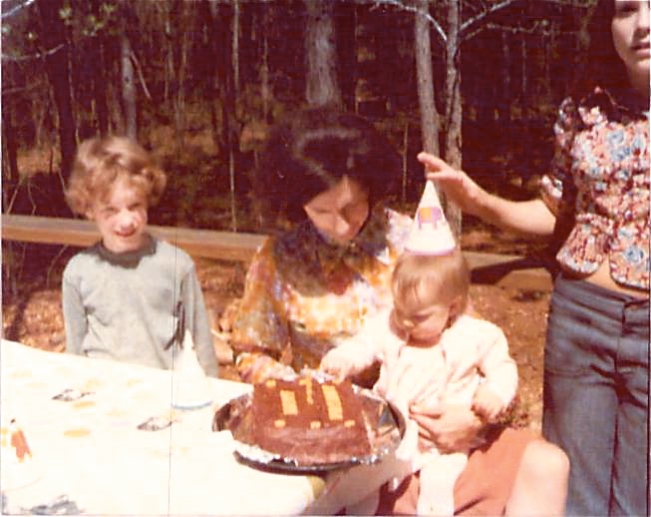 Young children can’t always grasp the concept of how they are related when parents divorce, find new love, and have more children with new partners and spouses. When they each bring children from previous relationships to the new family, the soup becomes an even more complicated mix of half and step siblings making it sometimes necessary for a flow chart of sorts when explaining family ties.

I’m the eldest of four girls with only two of us having the same set of parents. Born in 1962, Margaret and I are two years apart. Ten years later, our sister Pam was born into our mother’s second marriage. I remember hearing words like half-sister then and even though I was a reasonably intelligent 9-year-old, I was a bit confused by the concept especially having only just met four step-siblings that I don’t remember ever seeing again.

By 1974 my youngest sister, Jennie, was born on Easter Sunday and being halfway through my thirteenth year, I had a better understanding of the half not whole concept at least in theory. Nicknamed Bunny, by her granddad, she was the child of my dad and my stepmom, Cullene.

Margaret and I were living in Tennessee when the news came of her birth, having been moved away from Georgia by our mother after a judge decreed my dad should be able to see his children more than one Saturday a month.

By the time Jennie was celebrating her first birthday in the photo above, I was living in Georgia with my dad and Cullene watching them navigate through territory that looking back, was more recent and familiar to me than it was to them.

Jennie was born to Cullene when she was forty having passed the age when she thought she’d ever have a child and with twelve years between my dad and his last diaper change, I’m sure he felt as if he were learning everything again for the first time.

In my life with my mother and sisters in Tennessee, I had been largely responsible for overseeing Pam’s care and knew the kind of childcare things that an older sibling knows when there’s a big difference in ages. ” Watch your sister, ” was an all-encompassing directive that could include bathing, feeding, or playing, and I was good at it.

While planning my escape to Georgia only six months before this picture was taken, I hadn’t realized that saving myself might mean losing my sisters. After I left, my mother cut off all communication and moved my sisters to another state changing my sister Margaret’s last name in the process. I lost my relationship with Margaret for the ten years that followed and four-year old Pam grew up with no memory of me, a situation that she and I have never recovered from. Despite my previous efforts, Pam and I are strangers.

In the image of above, you can see me hanging on to my sister Jennie’s birthday hat. After my move, I remember feeling as if I were free-floating and barely secured, much like the hat with only the tiniest bit of pressure keeping me grounded and in place.

That I am only half in the picture feels like an apt metaphor for how I felt about my life then. Everything familiar was gone and even though I was finally safe from the life I had been forced to keep secret, I was struggling to adjust to one without my sisters, Margaret and Pam, and my mother too, despite her treatment.

I began this post with a whole different focus. I was looking for a cute photo to add to a Facebook greeting for my sister’s birthday when I found this one. Having recently had a conversation with John about children and how little they may understand the half versus whole concept when new siblings arrive, I was struck by the memory of this time in my life and today’s writing shifted direction.

My youngest sister Jennie is 37 today, an age I remember so clearly it feels like five minutes ago. I’m sure she would say I’ve been trying to boss her around her whole life while dispensing advice as if I were a third parent or an older aunt, but I have always seen her as my sister, the baby for sure, but always whole and never half.

Although not the big birthday post I’d envisioned, I want to say, ” Happy Birthday Jennie,” from your sister Elizabeth, who once felt half, but now understands whole. 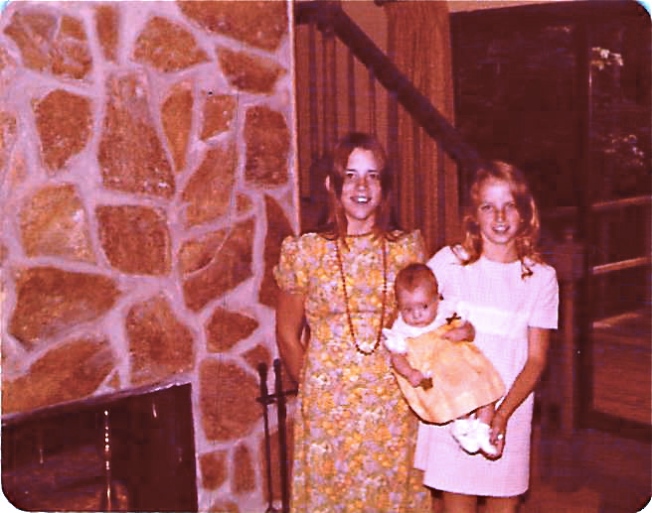