Three weeks ago today John and I were doing this…. 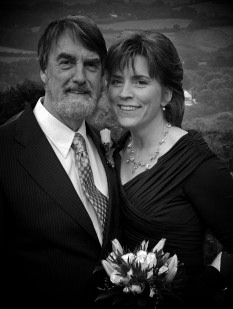 Is it  just me or does anyone else see a shape in the photograph below? 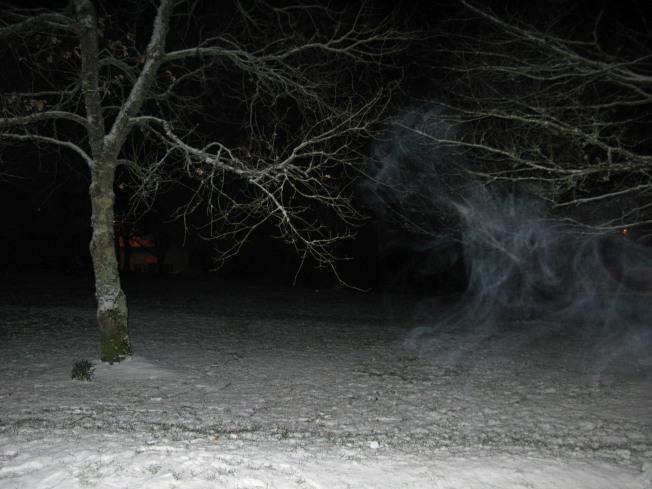 What began as a few flakes became this by morning. I grabbed my camera and headed out early for a quick walk and a few photographs before the rest of house was up and out. Remember, we had wedding guests who’d slept over as the roads had not been drivable the evening before. I was excited and worried about all the snow since we had a honeymoon flight to Paris scheduled for that day. Not wanting to miss the early morning light and the fresh snow I drank a quick cup of coffee, pulled on my wellies and headed out. 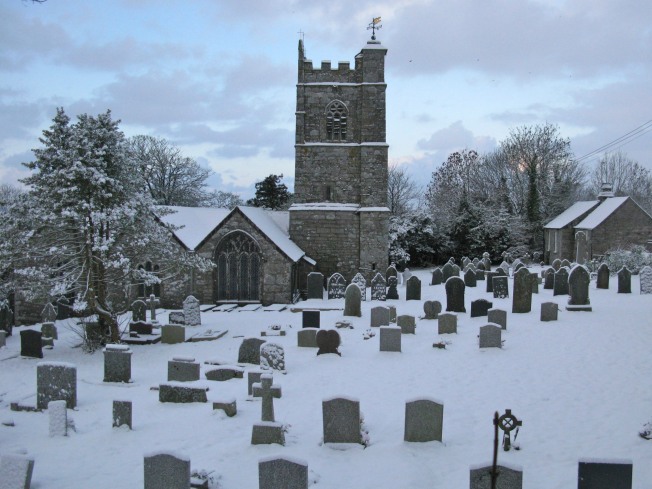 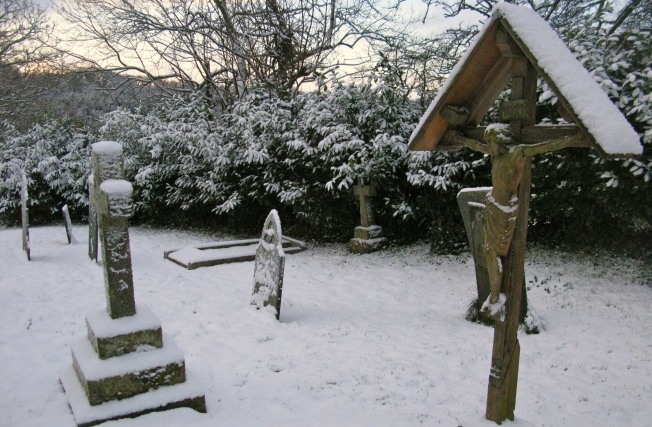 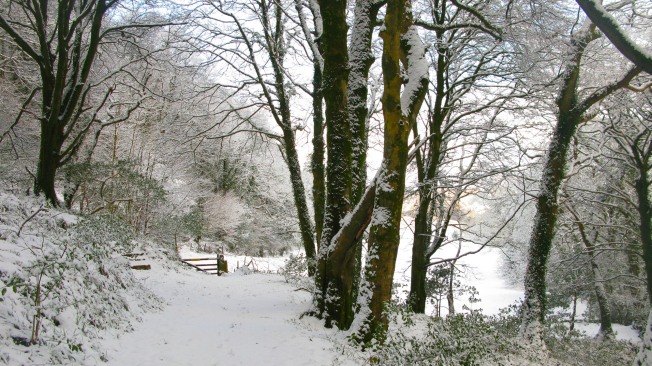 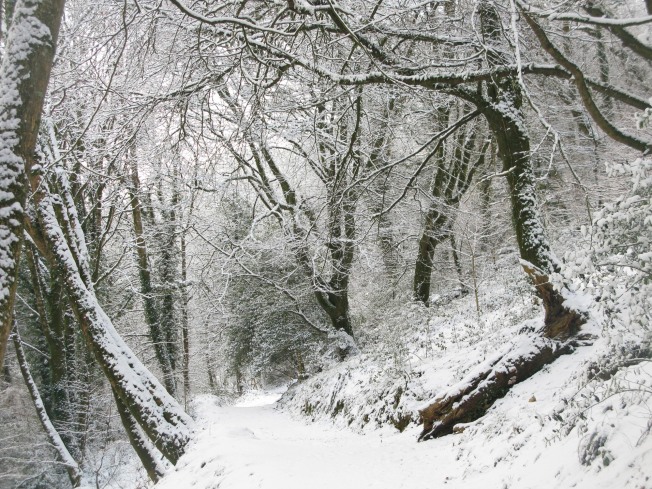 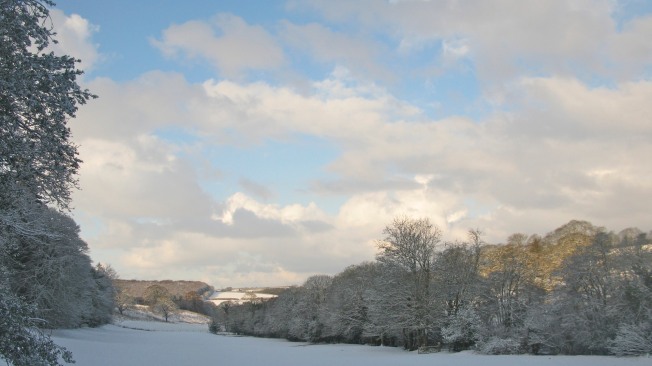 The Buttercup Field In Winter 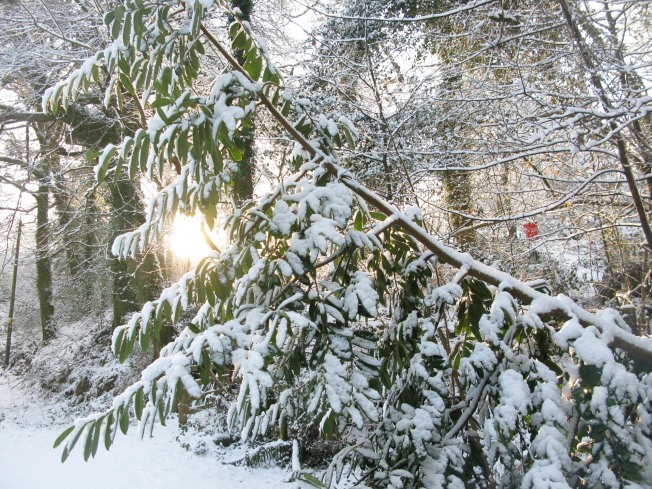 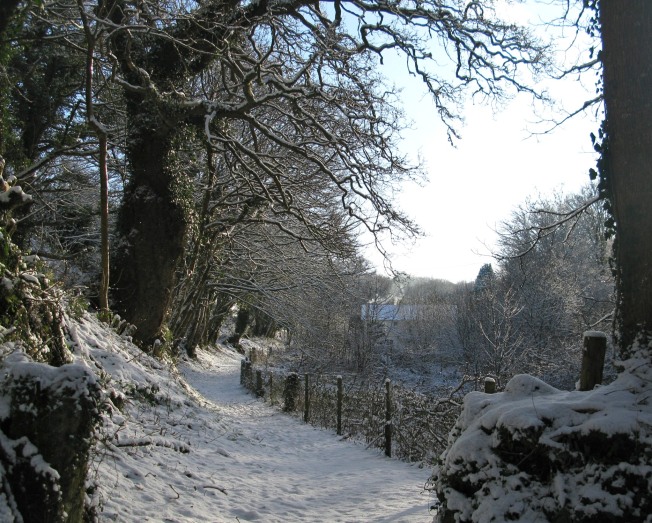 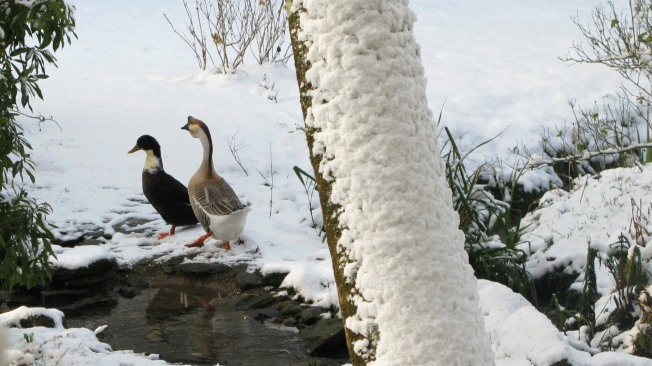 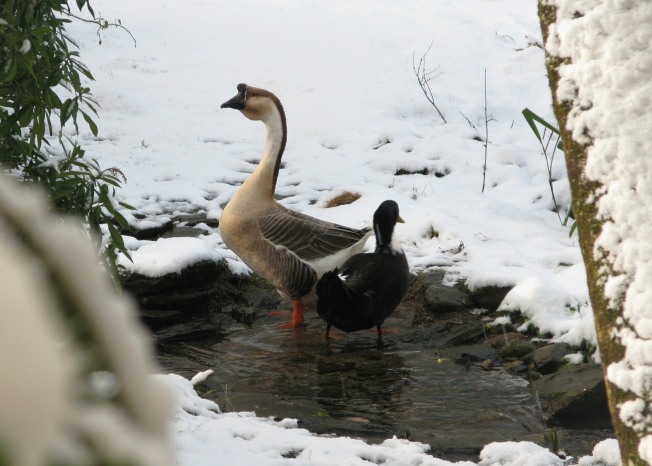 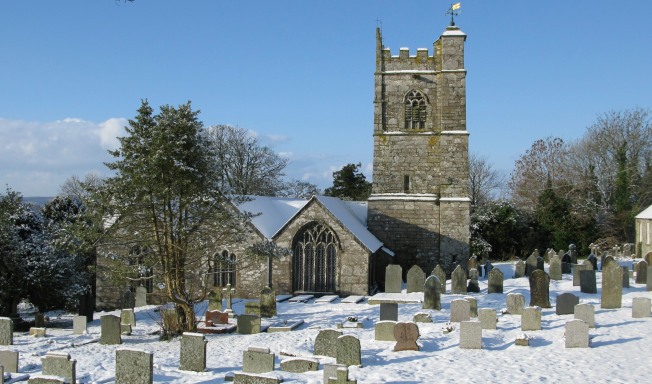 As I passed by the parish church again on my way back home, I saw that the roads were still icy and cars were not yet able drive out of our village due to the amount of hills where we live.  When I arrived home, John said that his younger daughter had decided to try to walk out of the village and up to a motor way where she could arrange for a cab to meet her and her 4 year old daughter. Her plan was to try make it to a train station and on to the flight they had scheduled to return to their home. John and I had tickets to fly out of Bristol to Paris later that day for our honeymoon so we knew if we were going to make it, we would need to hike out as well. I’ll be back tomorrow to tell you more of our post wedding adventures, but for now…here’s a little preview. 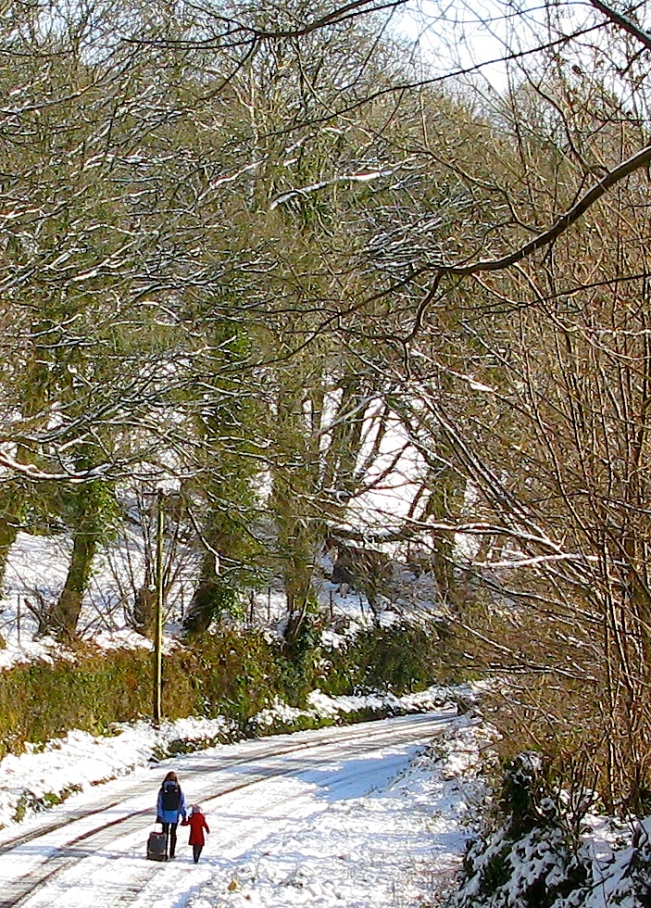 3 thoughts on “Three Weeks Ago Today…”