Mister Rogers would be proud of the people in the little village I now call home. We’ve spent the last week fairly well snowed in and the care and concern I’ve witnessed among my neighbors has been lovely to see. I’ve never lived in a place where I knew so many people. In a village of 500, it is easy to learn not only the names of the people who live here, but often a bit of their history as well. Today I want to share a little with you about a few of my neighbors who help make this such a special place to live. If you are unsure as to who I am referring to when I mentioned  Mister Rogers earlier, this little video will help explain, but be forewarned it might make you cry.

Fred Rogers always began his children’s program with a special song about being neighbors and I’ve mixed in the lyrics which I’ve highlighted in blue with a few pictures of my neighborhood and neighbors. 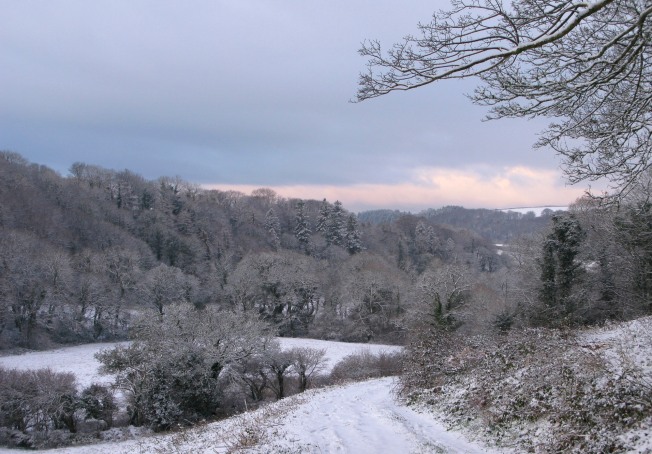 This is the way to my neighbor Janey’s house. Yesterday when I couldn’t get to Port Isaac to have my stitches removed from a small procedure done the week before, Janey volunteered to take them out for me. Now a clinical psychologist, she trained as a nurse in her first career and offered to help when she heard me saying that I might have to do it myself.

I have always wanted to have a neighbor just like you,

In the three pictures below, you can see Gary and Margaret who own the village pub. Margaret is also the post mistress and while I’ve seen them involved in fundraising for charity events more times than I can remember, they have been such good neighbors during this week of snow that it’s really been something to see. Our village shop which houses the post office among other things became a sort of command central staying open and supplying necessary items to keep the people in our community from doing without. Watching Margaret directing and coordinating the restocking efforts while continuing with her regular responsibilities was impressive. Her husband Gary was able after the first 24 hours to make trips in and out of our village maneuvering through the icy lanes in his 4 wheel drive vehicle picking up supplies for the village shop and giving people rides on some of his trips.

Gary cooking at a fundraiser for cancer research.

Gary behind the bar in the pub.

I had trouble finding a picture of Margaret in my files, but managed to find this one of her in the pub. Margaret is rarely seen behind the bar which explains why it looks as it does. I was shooting on the fly and not very well I’m afraid.

The flowers and cottage above belong to Jeff, a 77 year old man who I kept seeing with Gary when I would happen to run into them at the village shop as they were moving about the village giving some people rides in between their frequent trips to get supplies. I usually bump into Jeff three or four times a week and I was surprised to see that I did not have any pictures of him to post.

I’ve always wanted to live in a neighborhood with you.

Len and Mary are the couple you see here with their dog. I caught them just after they had returned our neighbor Betty’s dog after taking it up on the moor for walk for her. Having watched Len and Mary pick up deliveries from the village store all week to take around to some of the older people who could not walk to the shop, I can almost guarantee that what ever is in the bags they’re carrying, it is almost certainly a delivery for someone who can’t manage the snow. All of the good neighbors I mentioned have been tireless during this time making sure everyone who needed something was able to get it. I wanted to acknowledge these folks who did so much for the neighborhood and managed to look as if they were having a good time doing it. 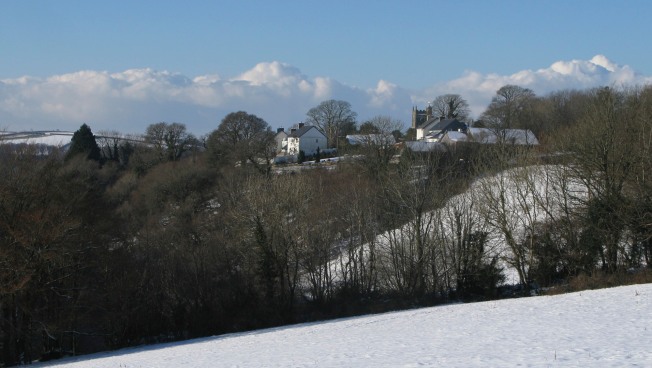 6 thoughts on “A Beautiful Day In The Neighborhood”