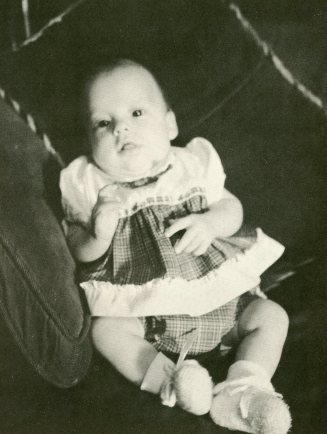 It’s early 9:15 in the morning here and I still feel full from all the food I’ve eaten over the last few days. John and I may have had a quiet Christmas with just the two of us, but lord did we eat!

More than a time or two the words ‘ I’m full as tick, ‘ may have crossed the lips of one of us and you won’t need to wonder which if you remember I’ve got southern roots. Our different geographic histories were also clearly illustrated by the foods that filled our plates.

John made all of his traditional English side dishes and I made the ones that have graced my family’s southern dinner table for as long as I can remember so that in the end it looked as if we had both made a complete Christmas dinner with only a shared turkey and gravy between us.

While I’m talking turkey, I have to say that John’s turkey this year was amazing! On big holidays like Christmas and Thanksgiving, turkey tends to be more as an accessory item to me, something I’m supposed include but don’t want too much of as there are more exciting choices to be had. This year the turkey was perfect in taste and texture and I stuffed down more of it than usual.

Speaking of stuffing, John made his in the bird and I did a cornbread dressing in a pan like my family does in Georgia. I used cornmeal carried over on my last flight since I haven’t been able to find any in Cornwall.

Have a look at our dinner plates on Christmas day, they may look like they have the same food, but if you look closely you can see the difference. John has more of the roasted root veggies along with his stuffing and the English version of a ‘pig in a blanket.’ Here it’s a sausage wrapped in bacon while in my family it would be a cocktail weenie wrapped in a biscuit. 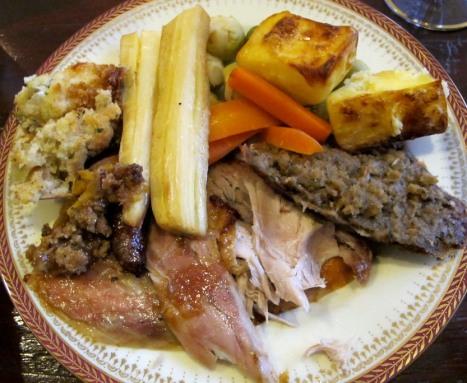 I had one chance to grab a quick shot of John’s plate as he had his knife and fork in hand and was waiting impatiently to begin. Multiple shots were not a possibility so this one will have to do. Notice all the plain ‘healthier’ veggies … there’s only a small dibble of my contributions seen at about 9 and 10 o’clock on the plate. He did compliment me on my broccoli bake (we’d call it a casserole) but that means something less special here.

My plate has a mix of both of our dishes. A good southern girl is raised to be polite and eat a of bit of what’s offered, but I focused mainly on things I made like my sweet potato casserole which is always heavenly and the previously mentioned broccoli which I successfully modified slightly by substituting regular bread crumbs with cornbread crumbs instead.

The pink stuff as John likes to call it, is what we refer to as a congealed salad and it’s made from a recipe Cullene has had for many years. I love this cranberry, cream cheese and jello concoction, and no holiday meal is complete for me without it. John likens it to something here called Blancmange which sounds as if he’s saying Blamonge.

The end result was the same for both of us with empty plates and overfull bellies. In a time where many people don’t have enough, I was acutely aware of how fortunate we are to have so much.

The taste of special dishes served only once or twice a year acts as a link for me and probably many of you too reminding us of past holiday meals shared with family and friends and perhaps, it’s the feelings triggered by memory along with a mix of sweetness and spice that makes us overindulge at times.

Here’s hoping your heart was a full as your tummy and that your meal was shared with someone you love.

' Cheers ' from John Winchurch At Christmas