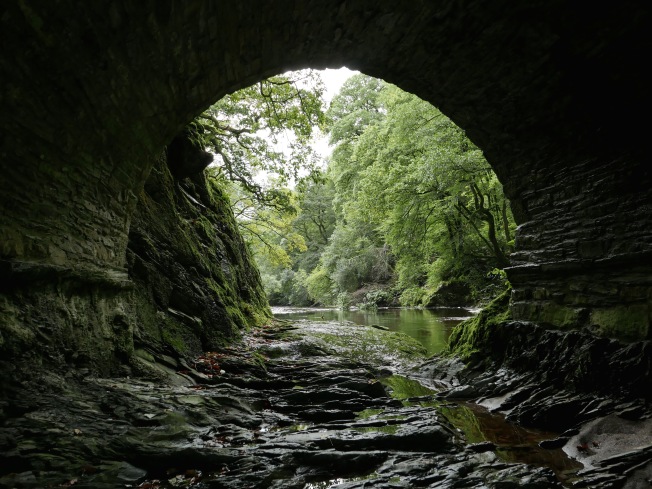 When a blogger disappears if you’ve been reading them for any length of time you notice when they’re gone especially if they just drop out of sight without warning.

But when it happens slowly over time with posts becoming less frequent, you may not even realize they are gone until one day you can’t remember the last time you saw a post of theirs pop into your inbox or show up on your reader list with something new.

I have watched that happen to quite a few bloggers and a couple of years ago, I joined those  who slipped away with barely a word of explanation.

So here it is.

I went through a phase where every time I sat down to write I would have a series of thoughts running through my head that were not very positive, things such as who really wants to read this stuff, there’s so much out there being said, why waste time on my blog, what’s the point anyway … and loads of other negative self talk.

I had been feeling a bit of this before our car accident in early 2013 when we were hit by a drunk driver in Wales and afterward it grew like an unchecked water leak leaving a dark stain over everything. My sense of security was severely affected by an event out of our control and became disinterested in things I had enjoyed and I could not find my way back to something that had once given me a lot of pleasure.

I dipped my toe back in the water a couple of times only to shake off the possibility of writing here again by distracting myself with something else, usually something sugary that only made me feel worse.

My post accident neck pain got worse rather than better and I began to have severe and debilitating hand cramping with such frequency and intensity that I found myself Googling motor neuron disease and other scary topics.

I never considered that the initial diagnosis of whiplash would turn out to be two ruptured discs or that my growing desire to isolate and withdraw from activities I once enjoyed would lead to a PTSD diagnosis. After an MRI and several talks with surgeons along with two clinical psychologists who shared the same PTSD opinion, I had more insight into why so many parts of my life were affected.

Having reread the above, I feel like deleting the whole post as it seems like one big  “poor me ” moan which is not really my intention. I share it not only as an explanation for my absence, but also in hopes that it might help someone else who like me doesn’t see a problem until it becomes life changing.

My neck and the limitations from the damage are what they are. I don’t expect to be able to do any rock climbing again and I can no longer hold my cello bow or do simple things such as moving hangers along the rack when shopping or blow drying my hair without resting when my hand spasms. The list is longer, but I won’t add to it here.

Additionally, there is always the chance that my right hand will go into spasm when driving the car for long and it can happen after only a few miles. While distracting, (think severe charlie horse in your hand) it becomes a big issue when driving a car with a manual transmission like we have because pulling over is tough with only one working hand. I’ve found ways to hold the steering wheel so it puts less pressure on my neck and now it happens less often when I drive, but I’m never sure when it will occur.

I’ve also found ways to do some of other activities that were affected by the accident and have been trying to move forward, but last December when I realized that I was going to have to let go of the idea of ever being back to normal, I did go through a bit of grieving. Saying goodbye to things you enjoy because someone decided to drink and drive still makes me angry. People say, ” At least you were not killed or seriously injured … ” and yes, I am certainly grateful for that, but make no mistake this accident was caused by the selfish act of one person. It has had a lasting impact on my quality of life and I’m not over it!

In a few weeks I will be in America seeing my stateside family and friends and when I return I will be starting a 12 week course of treatment that has had good success with people suffering from PTSD. I had not heard of this type of therapy before the accident and I’m keen to try it.

EMDR : Eye Movement Desensitization and Reprocessing is a fairly new, nontraditional form of psychotherapy that has been useful in treating post-tramatic stress disorder seen after military combat experiences, physical assault or car accidents.

According to WebMD,  it is sometimes used experimentally to treat:

Knowing there is something I can do to try to eliminate the anxiety I feel as a passenger or  when driving, particularly when on two lane roads helps me feel more consistently positive again, which is my normal state. I will probably do an update on this subject sometime in the new year when I’ve had the recommended 12 sessions. Wish me luck and I promise not to abandon GOTJ without warning again. My plan for posting is to aim for two posts a week and go from there in frequency.

Thanks for still being there and please say hello in a comment if you feel like it.

38 thoughts on “Darkness Into Light”