You never know what you might see on rainy night in Cornwall when you pop down to our village pub for a pint and a bit of conversation. Last night the Trigg Morris Men were in high form showcasing their talents with music, dancing, and a Mummers play. I’d studied Mummers plays also know as Miracle or Mystery plays in Theatre History classes at the University of Georgia, but this was my first time to see one performed live.

This man does a great job so be sure you watch at least a second or two of his clip. The woman you hear commenting is not me. I’m too busy trying to keep the camera steady.  It’s local woman by the name of Jo and she is playing the violin in the next clip.

The history behind this type of performance is fascinating and worth reading more about if you have the time and interest. I hope you’ll take a look here to learn more about the history and origin of the Mummers Play.

In addition to the play, we had music and sing-a-longs and dancing outside as well.

One brave soul joined the Morris dancing (he’s the one not in a costume) and yes, I think that is me you can hear giggling towards the end of the video.

You must forgive my shaky camera work. I’m new to video, but hope to do better next time.

Sometimes when you look outside the window and you see the sky is a brilliant shade of blue for the first time in days, you feel the need to get out even though you have no idea where you want to go. So you slip on your shoes or you tie up the laces of your boots and you grab your camera and head out the door.  Saturday was just such a day … want to see where we went?

John is going on ahead as usual while I hang back to photograph a few macro shots of spring flowers. The forest is full of varying shades of green right now as the leaves are still coming out. Everything seems to be a bit late in the blooming probably due to our colder than normal winter. 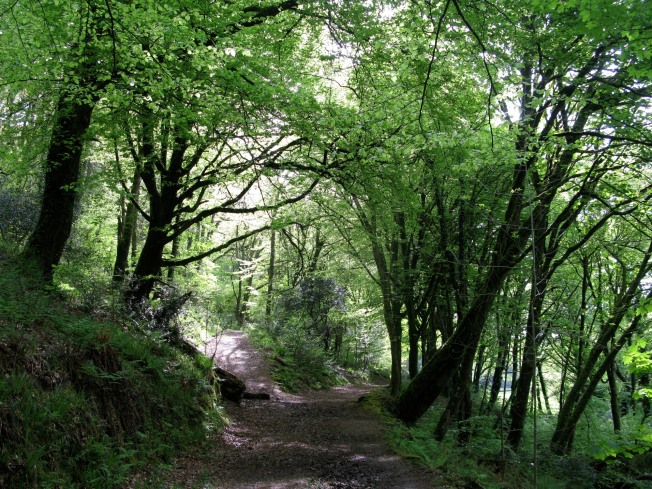 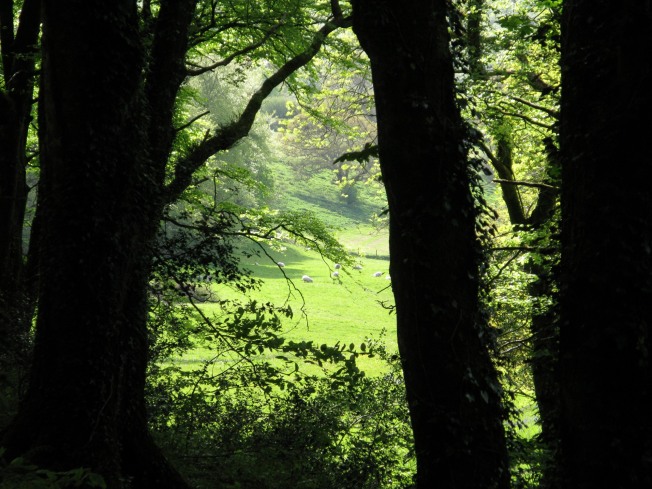 … if you continue on the main path you begin to see a special place for us. Can you see the sheep through the trees?

The light was perfect as we caught sight of the buttercup field. 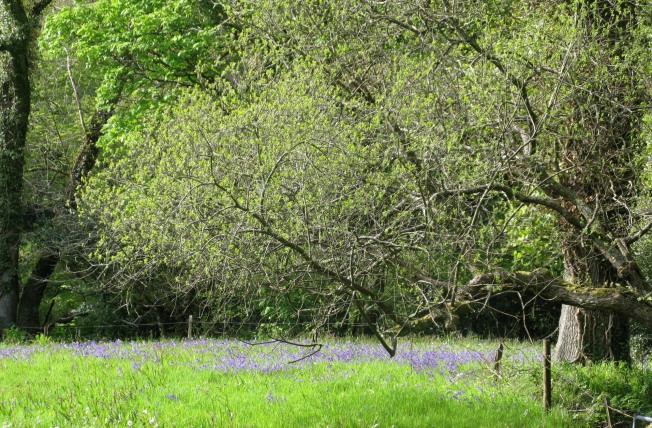 Stepping into the meadow, we could see some bluebells to our right near the river’s edge.

As John was walking into the buttercup field, I told him I almost expected to see Thomas Hardy walking towards us with Tess trailing behind him.

I thought I we might spy Elizabeth Bennet out for a walk with her sisters just ahead, but John and I were the only two legged creatures around as we passed by the fat sheep munching in the meadow.

We discovered the reason for the lengthy ringing of the church bells earlier in the day when we saw the flowers arranged over the doorway to our parish church. Notice that someone cut the grass, but only part of it for some reason, making it look as if like they might have stopped for a break and not come back to finish the job. 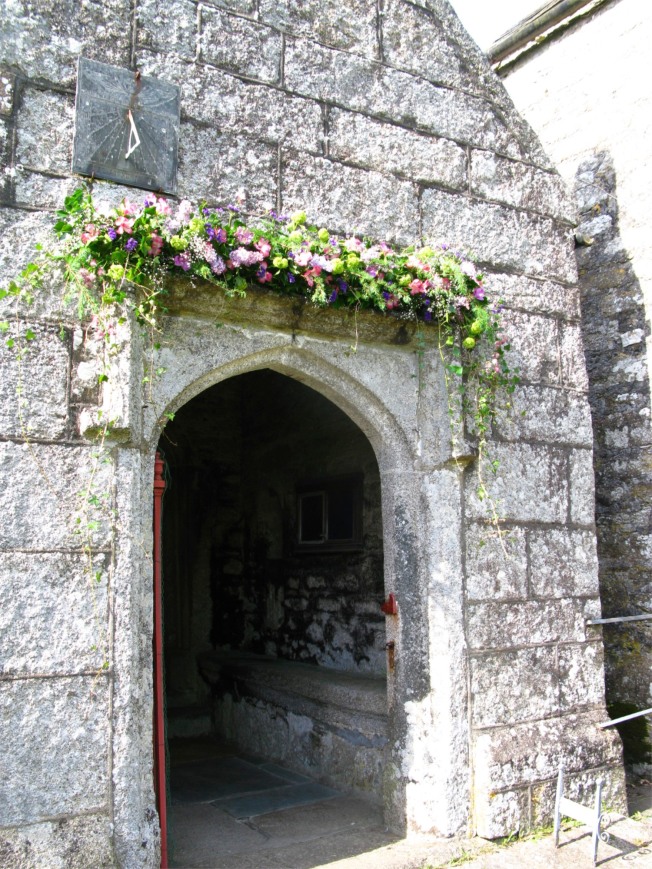 The mix of flowers above the doorway was really lovely and I almost expected to see Marianne coming out on the arm of Colonel Brandon.

Inside were more flowers including a circlet around each of the pillars. 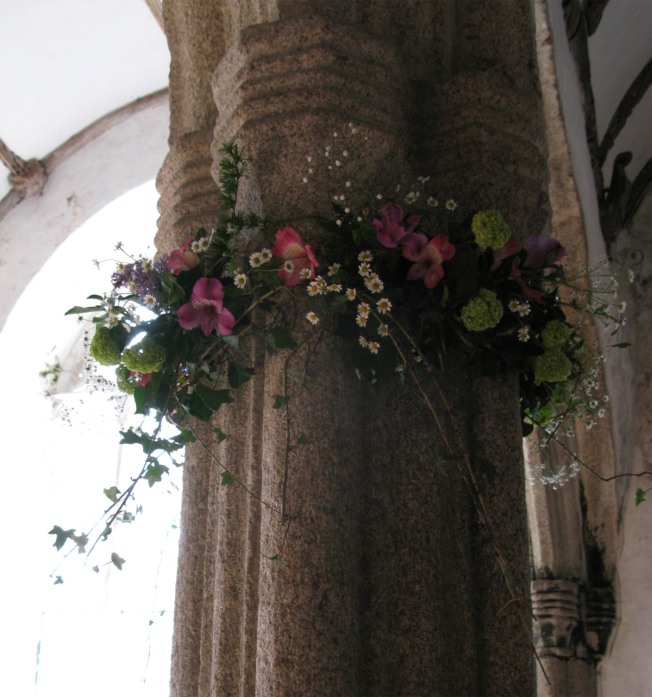 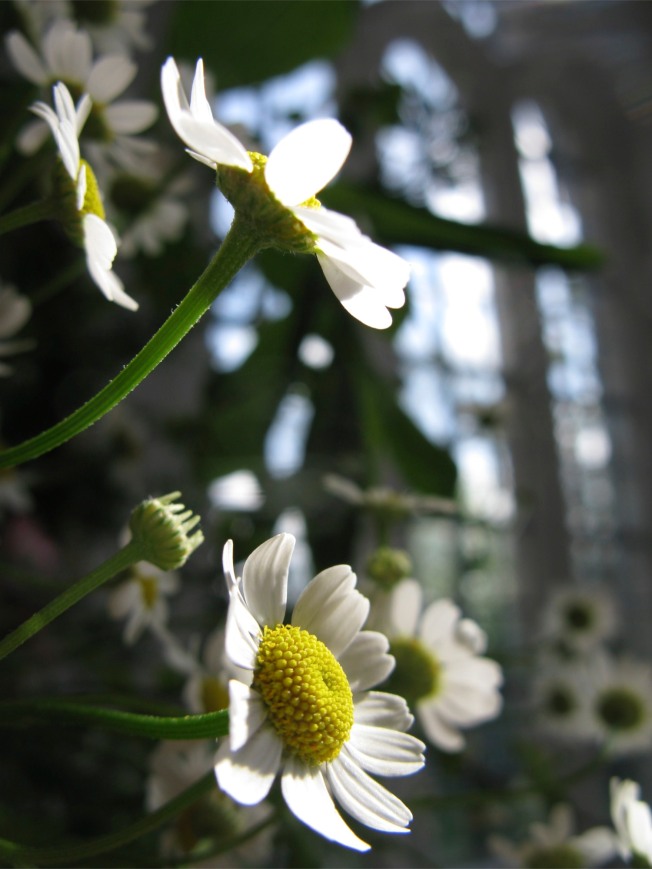 The flowers were a delightful mix of wild and cultivated providing a few photo opportunities. 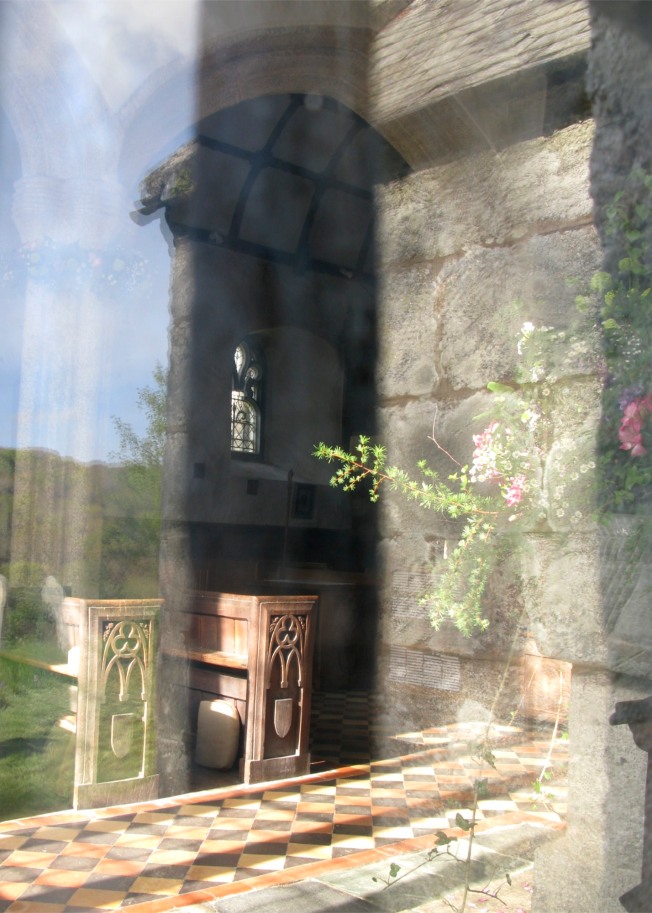 I can never resist shooting from outside in even if the panes of old glass are a bit in need of a wash. I love the reflected surprises that can show up later when reviewing them.

After church, we stopped by the pub for a pint. I had my usual diet lemonade (like diet Sprite) while John sampled the special of the day. 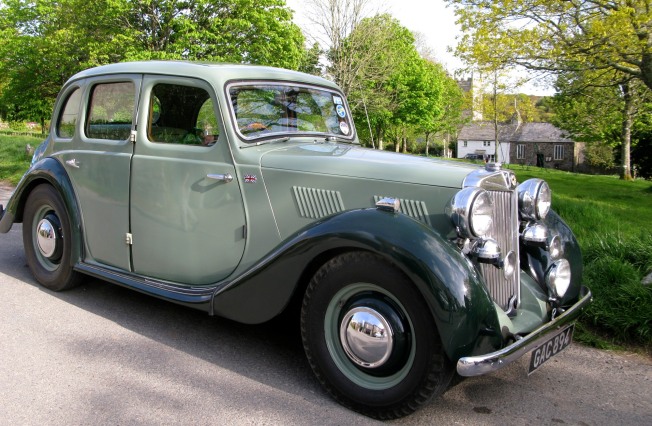 If we didn’t live within walking distance, perhaps we might have talked the owner of this classic MG into giving us a lift home. Notice the church in the background … the white cottage in front of it is for sale if you’re interested in relocating or having a holiday home in Cornwall.

We’re having perfect weather again today and I’m off in a minute. Where am I going you may ask … nowhere in particular would have to be my reply, but it’s sure to be good wherever my feet lead me. 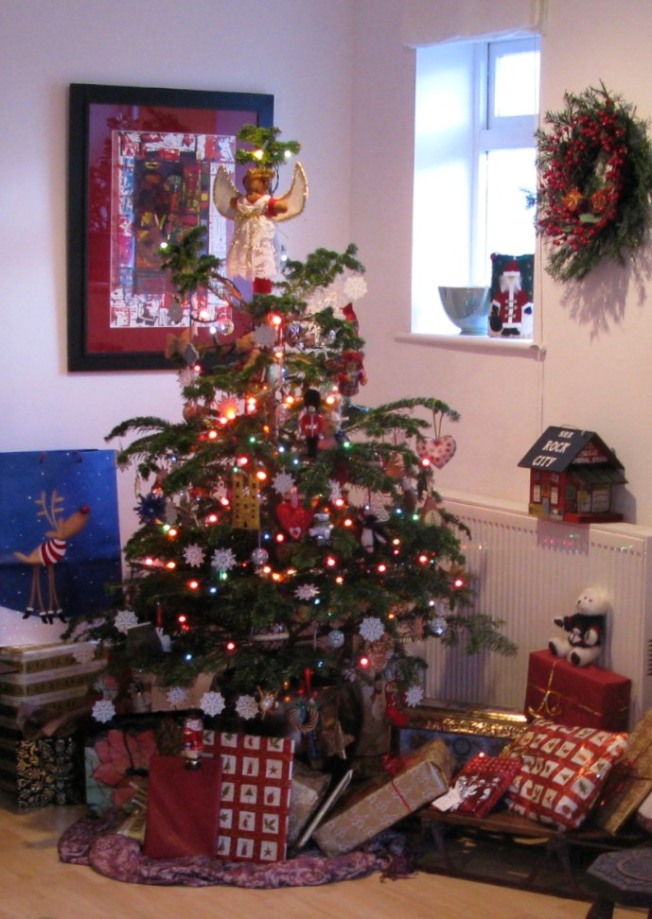 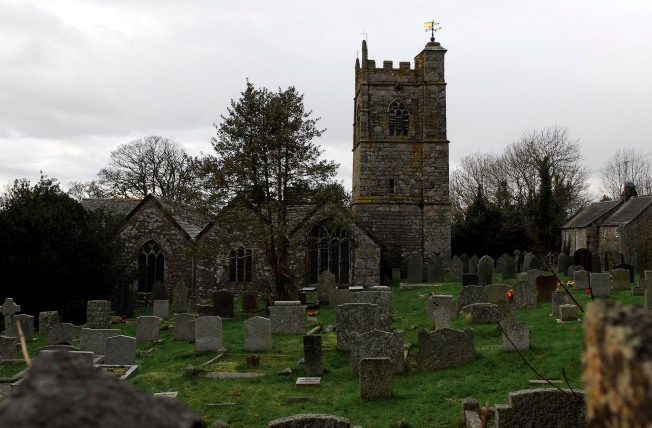 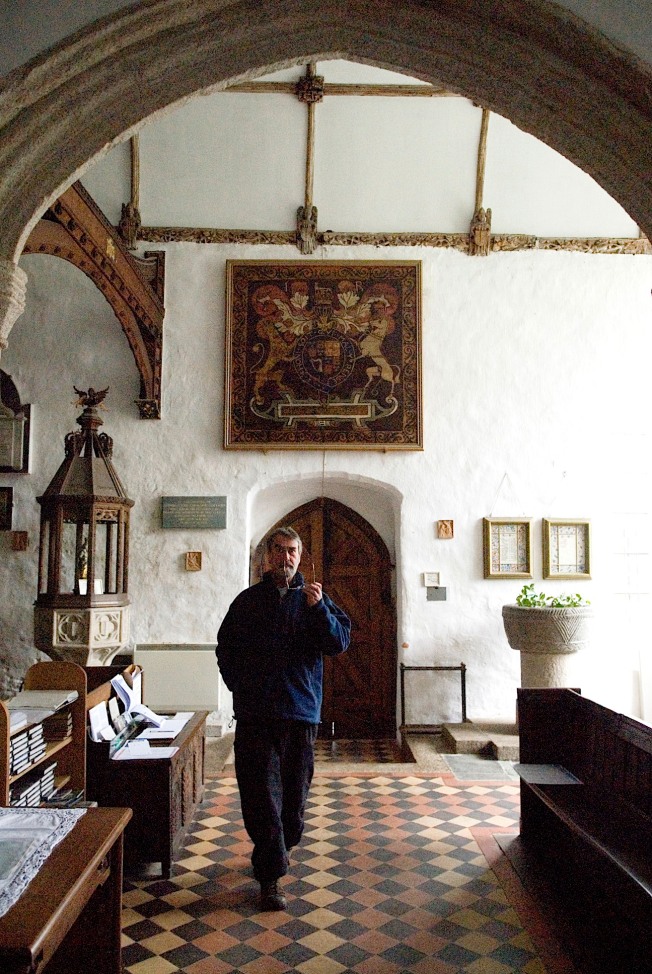 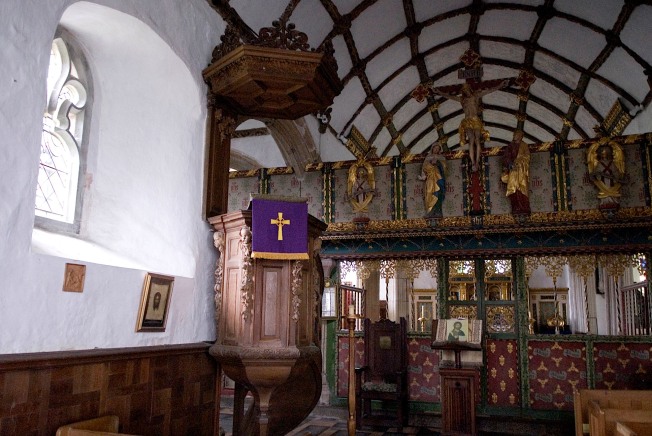 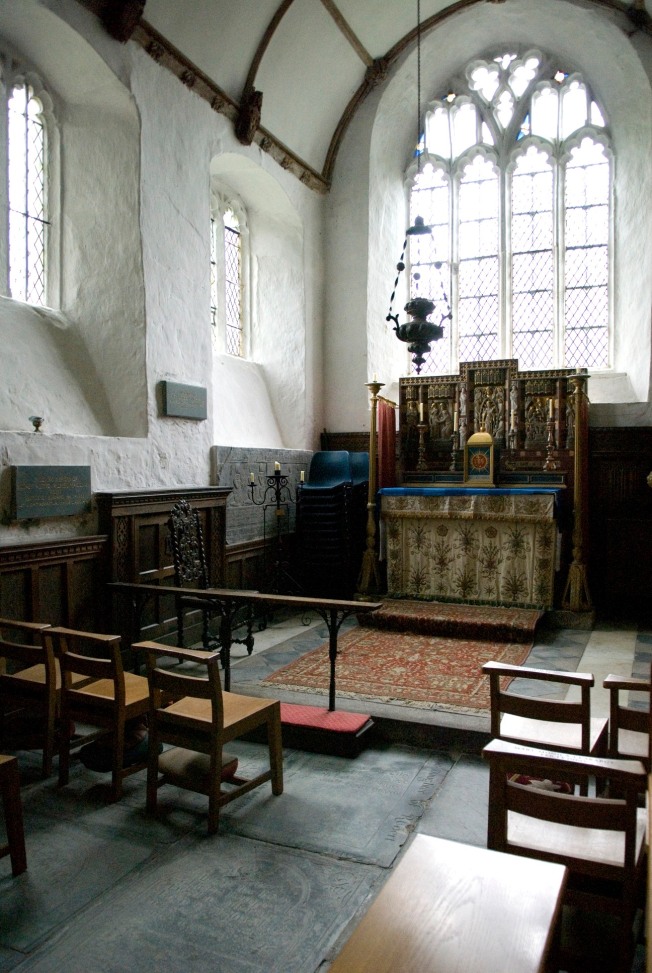 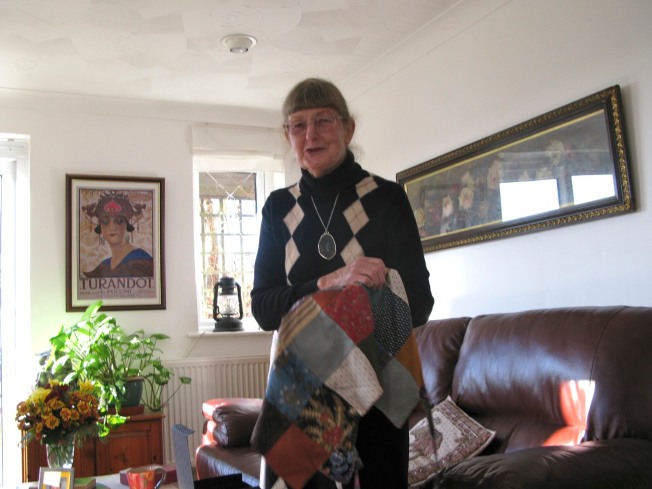 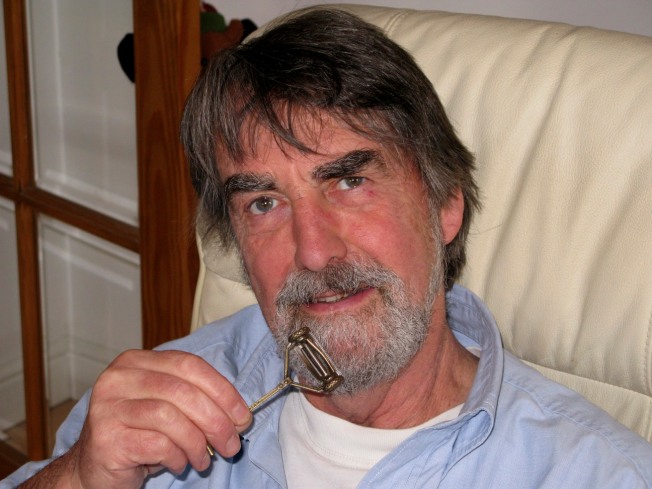 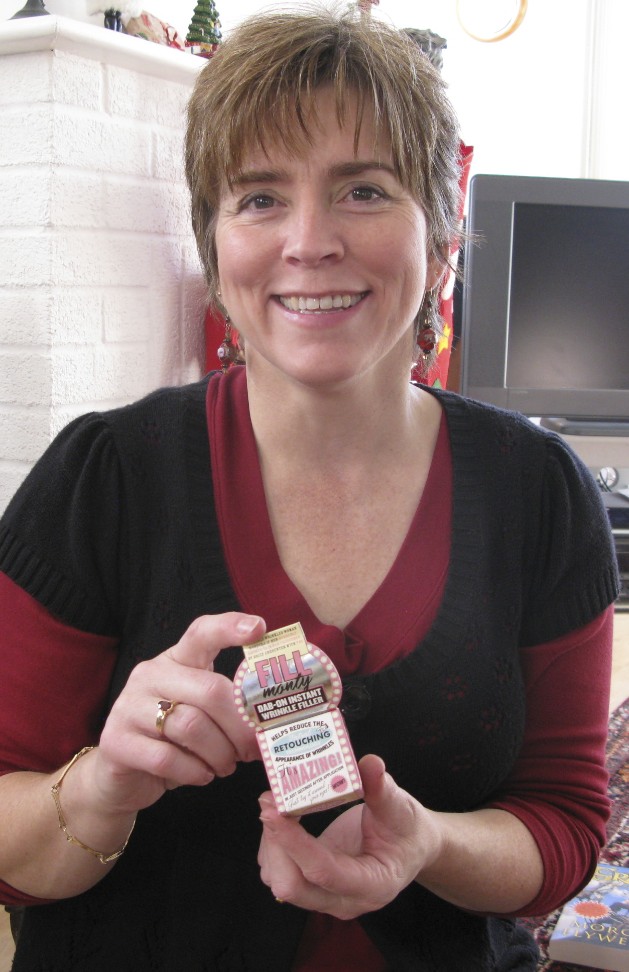 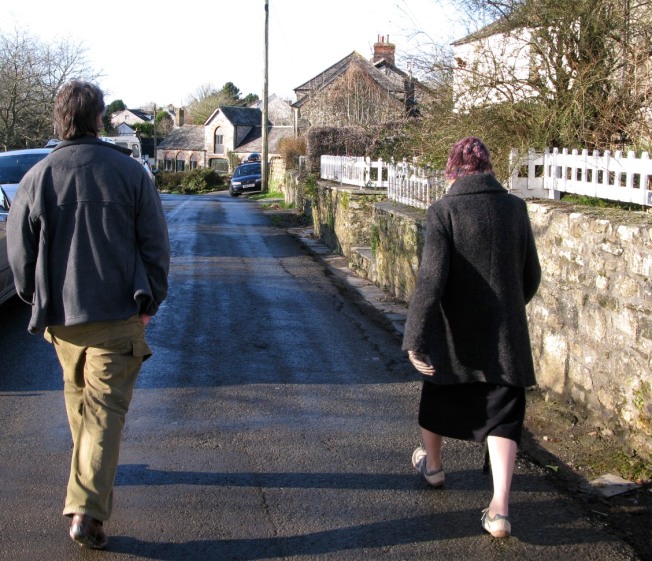 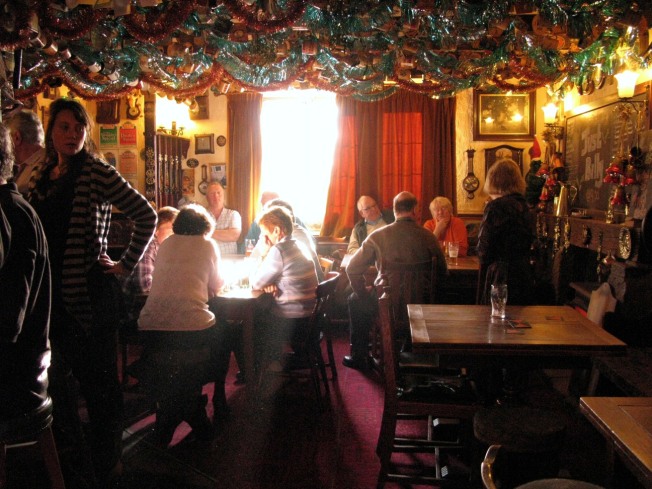 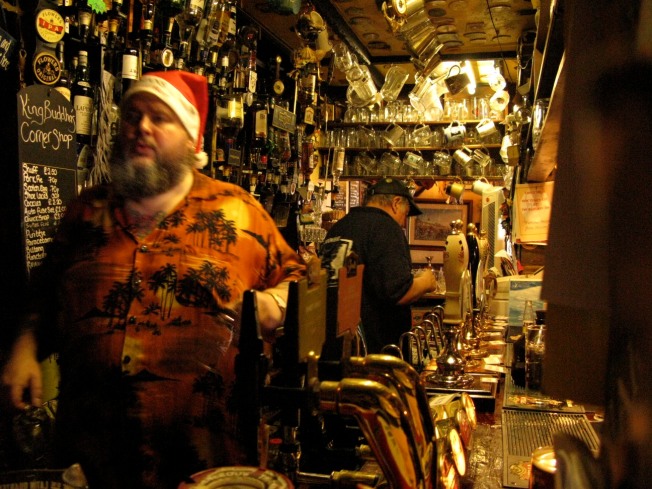