Becky & Jenny at the One-Shot Cabin

When I was six, my Great-aunt, Wylly Folk St John published her first book, The Secrets Of Hidden Creek.

After Wednesday’s post, you can probably understand why this knowledge is more than a bit comforting to me.

That said, Aunt Wylly wrote for years before publishing her first book. As a journalist for the Atlanta Journal and Constitution, she had to constantly meet deadlines and she was paid to write long before she graduated from the University of Georgia where 47 boxes of her writings are archived in the Hargrett Rare Book & Manuscript Library.

She went on to publish eight books, two of which were nominated for the Edgar Allen Poe Mystery Writers of America award.

My cousin, McKenzie posted a comment on Facebook yesterday where she talked about how she and her young son were reading one of Aunt Wylly’s books at bedtime and how it gave him more insight into who his Grandmother Becky was as a girl, as well as his Great-great-grandmother Wylly.

Aunt Wylly loved using real children as characters in her books so McKenzie’s son is enjoying reading about his grandmother as the teenager she was in 1966 when The Secrets of Hidden Creek was published. Much of the story’s setting and characters are clearly modeled after the real thing. First books often pull in parts of the author’s life and my unfinished novel is no different.

If you’ve followed my blog for long it probably won’t surprise you to learn that there is a character in my book who is modeled in some ways after my aunt and you might also understand why seeing McKenzie’s message on Facebook felt like a little cosmic push especially since I’ve  been so unproductive lately.

Aunt Wylly would probably appreciate my thinking she was sending me a message given her interest in ghosts when she was alive.

The hammock in the first picture figures into the story that McKenzie is reading with her son. It was used on the book jacket in 1966 as you can see from the image below. In addition to Becky and Jenny, their brother, Chuck is in the illustration with them.

I have some lovely memories of time spent at the cabin with Aunt Wylly and later on with my cousins. And while my daughter doesn’t really remember it, she once had a chance to wrestle for the hammock like her cousins did as characters in Aunt Wylly’s book.

Miranda & Elizabeth at the One-Shot Cabin 1993

This oft fought for spot had to be replaced more than a few times over the years as the humidity of hot Georgia summers and squirmy children did their damage. One of my favorite memories of Aunt Wylly’s lakeside hideaway, it was always snug like a little cocoon, making a perfect nest to read a book and drift off to sleep. Comforting and safe, it was a place I where could let my guard down during a dangerous time in my life and just be for a while with normal kid worries and daring daydreams.

The seed of storytelling for me may not have been planted at the One-Shot cabin, but it was most certainly nurtured there … in a hammock, on a porch, overlooking a lake, with a secret hidden deep under the water.

Big thanks to McKenzie for helping me aerate my roots a bit. 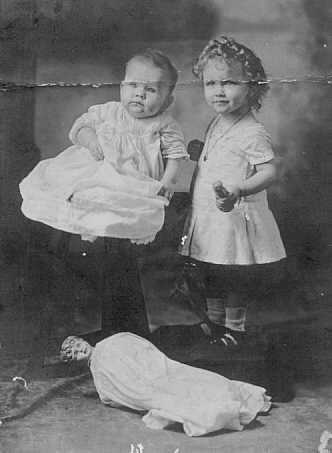 Wylly and Walton were brother and sister, they were also my great-aunt and my maternal grandfather. Wylly, christened William Michael, was two years older than her brother Walton. Linked by more than blood they shared a love of books and the written word. Wylly grew up to be a writer and journalist and Walton owned a book business, selling rare books and civil war reprints.

I have copies of the books my aunt wrote and the gifts she gave me over the years, but I have nothing except a few photographs of my grandfather who died when I was two. That changed the other day when my cousin, McKenzie surprised me by sending a set of bookends my grandfather, Walton made for his sister, Wylly. 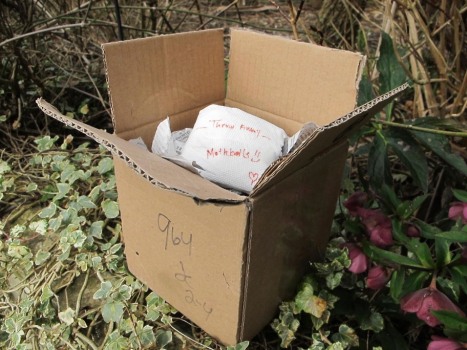 They arrived in a small box that had a familiar smell even before I had it opened.

You may remember this post where I wrote about gifts from Aunt Wylly over the years and how much my sister Margaret and I loved the smell when we would open our presents at birthdays and Christmas. Seeing the package of mothballs and thinking about why McKenzie had gone to the trouble to put some into my package made me smile.

Here are the bookends my grandfather made for his sister, Wylly Folk St. John. It feels right that they should be tucked in tight around the books she wrote. I’m not sure how old he was when he built them for her, but I have a feeling it may have been a task for one of his boy scout merit badges. I’ve placed them in a slightly different way than they were intended, but I can see them more clearly from where I sit and write. 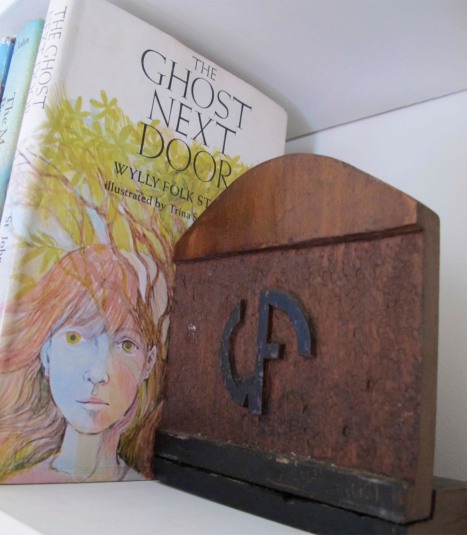 I moved this particular book to the side so you could see a bookend next to one of my favorite books my aunt wrote called, ‘The Ghost Next Door.’ It’s the book I took my daughter Miranda’s name from to honor my aunt. Her parents named her William Michael even though she surprised them when she was born by being a girl. Everyone called her Willie growing up which she later changed to Wylly and I never heard her complain about her unusual name. She was like a dear grandmother to me, but I couldn’t bring myself to give my daughter a boy’s name and Miranda seemed like both a perfect fit for baby girl and a sweet way to honor my connection to my great-aunt.

I like how the initials ‘WF’ could be Walton or Willie ‘Wylly’ Folk. The style of the initials makes me think of the Art deco period in the 1920s. My grandfather was born in 1910 and would have been in his teen years as the style was becoming popular. I don’t remember ever hearing stories about him being handy with tools or doing any woodcarving as an adult so I think I may be right in assuming these were made by a young Walton.

The University of Georgia has all of my aunt’s letters, manuscripts, and personal correspondence in its rare books and special collections library and I’m hoping a bit of research the next time I’m home will give me more details about the history of the bookends.

Lacking the real story, the writer in me has already created several versions of when and how my grandfather made them which will have to do until I can discover more. I feel sure both my aunt and grandfather would be pleased to know how valued and well-loved they still are and I’m terribly grateful to my cousin McKenzie for giving them to me. They’ve had a special place on her bookshelf for many years and it’s a sweet gift of family connection that she has shared with me by passing them on.