I hate bullies and I’m willing to bet most of you do too.

We tend to think of bullying as something that occurs with children on the playground or at school events, but what happens when bullies grow up and words become fists designed to demean and devalue your opinions as soon as they leave your mouth.

I recently had a multi-commented exchange with someone on a friend’s Facebook page after I commented on a video she’d posted. The exchange got became heated when I got into a back and forth bit with someone listed as a friend of hers. Even though I discerned fairly quickly that he needed to have the last word, I could not help responding to the misinformation and high-handed way he was twisting the truth to suit his argument.

That he tossed the word ‘Rape’ into what he assumed would be the final death-blow to the exchange was no surprise. Having seen the image below on a website bearing his name, I think I can see what he thinks about women and their role.

The name of his website has been removed from the top of the door. (No need to give him anymore attention by sending you there and there’s so little to see that it would be a waste of your time.)

As you can see below, he defaulted to accusing me of name calling when I identified a list of bad behaviors he shared with a few other people who communicated in the same way.

Bullies like MF always try to deflect in conversations they want to win and will say whatever to put you on the defensive or try shock you into speechlessness. Tossing out comments like ” What’s going to happen to health care when your people finally rape the last wealthy citizen?” tell me all I need to know about him.

And let me say this, if I had been in a name calling mood I could have easily come up with a few ugly and insulting ones beginning with his initials, but you know how I hate to swear on my blog so I’ll leave it to you to fill in the blanks after you read the exchange below.

My friend Kimberly posted a George Carlin video on her Facebook page that sparked the drama below.

Funny how he keeps bringing up the recent riots over here. Does he have a point or am I just supposed to shut my mouth and concede defeat because he thinks he’s clever? 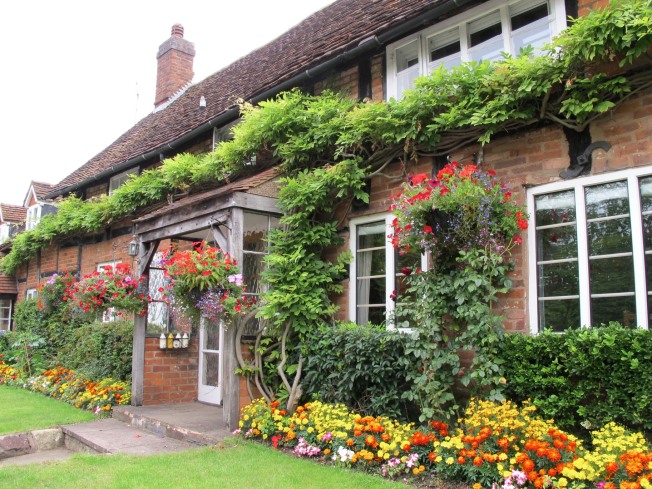 John and I skipped off to the picturesque village of Knowle for few days for a family celebration about 48 hours after I arrived home last week. I’ve been to Knowle before, but this was the first time I had a chance to explore it on foot with my camera in hand. This darling cottage caught my eye when we arrived the night before and the next morning I made a point to photograph it. I tried to find out more about it with an online search, but found nothing of interest. It looks as if it was one of several known as The Artillery Cottages.

What was most interesting to me was the milk and juice delivery looking as if it was waiting to be taken inside. I showed John my pictures when I got back to his brother’s house and asked if it was real or a prop designed to add to the look of the cottage. I think he found it funny that I could not decide whether if was really there for drinking or to enhance the image. 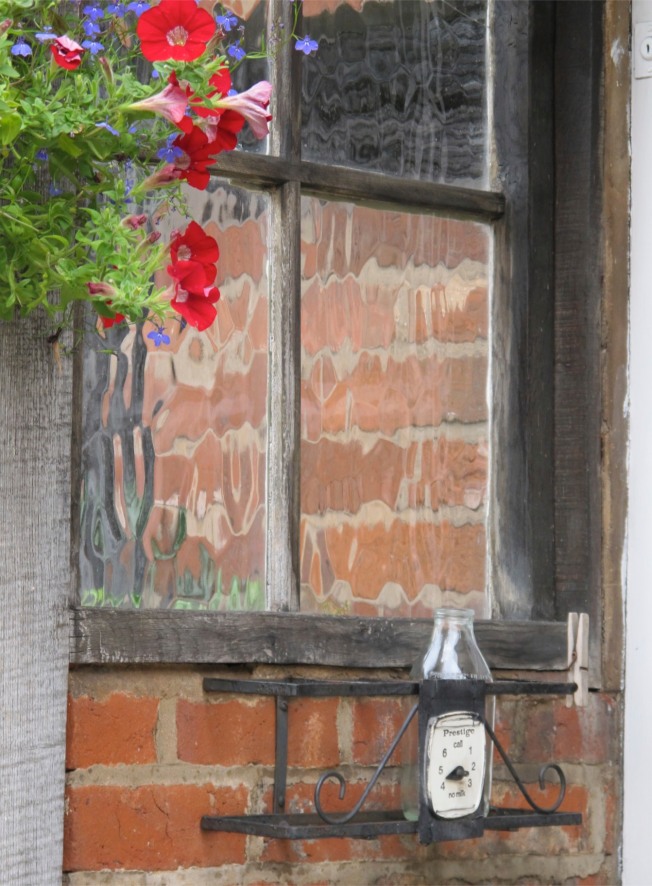 I remained slightly skeptical until later that morning when John and I went for a walk together and I took the image above. I couldn’t help thinking that in Atlanta this delivery would have likely been snatched for some stranger’s breakfast. As it was, it sat out there for more than a few hours and while it was cooler outside than the cottage cheese creating temperatures of Atlanta, it was warmer than I’d like my dairy products to linger in for long.

Thanks to all who added their thoughts on my post yesterday regarding the riots we’ve had here in the UK. My blogging friend Sarah at Texpatsabroad had a look at the situation from her London-based expat perspective that you might want to take a moment to read. I’m still thinking about what she had to say and the conversations John and I have had around the unrest.

John and I have distinctly different viewpoints being from two countries, but we disagree respectfully which more than I can say for many of the comments I’ve read in some online forums.

Unless you are without access to news media, you know that parts of England have been dealing with riots for the last three days. I can’t imagine the fear of seeing such lawlessness in the community you call home. Watching as looters destroy the shop where you stop for coffee or a newsstand run by a sweet old couple who’ve worked there seven days a week for as long as you can remember must feel as if you’ve been dropped on to a movie set.

The Sydney Morning Herald has some excellent photo coverage as does the BBC News site. In fact, there are sadly loads of photos online documenting the destruction.

The reports say that most of the rioters and looters are teens which makes one have to ask … where are the parents in all of this?

More importantly, I wonder what you would do if you recognized your child with stolen property in their hands or saw an image of them vandalizing a car or building.

I wanted to add some photos shot by a friend. Amyra Bunyard  lives in London and was essentially trapped during the riots that took over her neighborhood last night. I stayed up very late watching her updates on Facebook and asked if I might include some of her photographs today. She took most of these from her apartment building and more from the street when she felt safe enough to venture outside later. 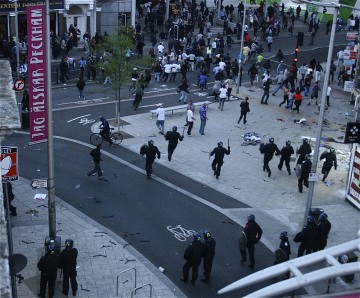 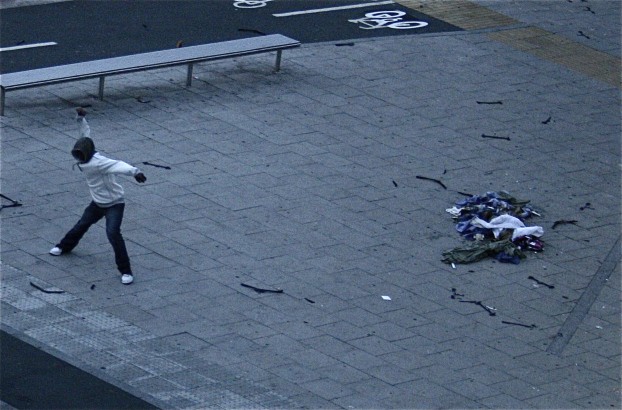