Remember when I said I was taking the slow train to London to see my friend David earlier this week … well I’m back. I actually came home three days ago, but I’ve been working so hard on a new project that I am just now getting back to my blog to share some of the photos from my trip.

David met me at Paddington Station and after dropping my one little bag at the hotel we began our walk around London. 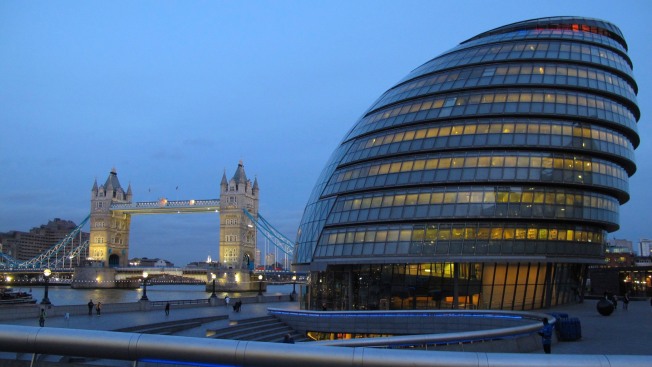 London’s City Hall is the lopsided looking building above. 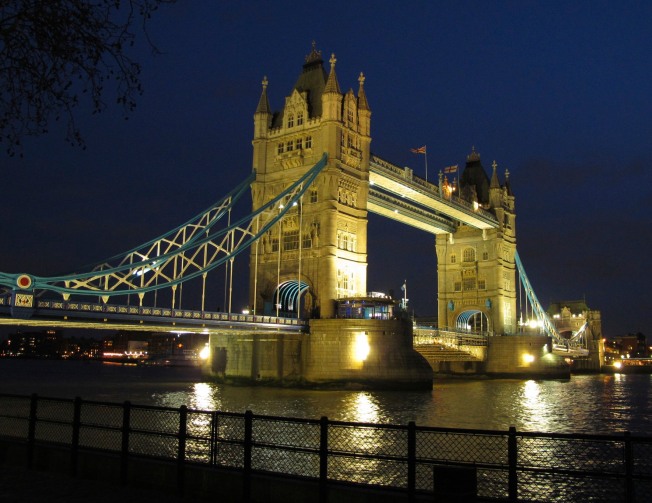 I can never get enough photographs of Tower Bridge, especially at night. 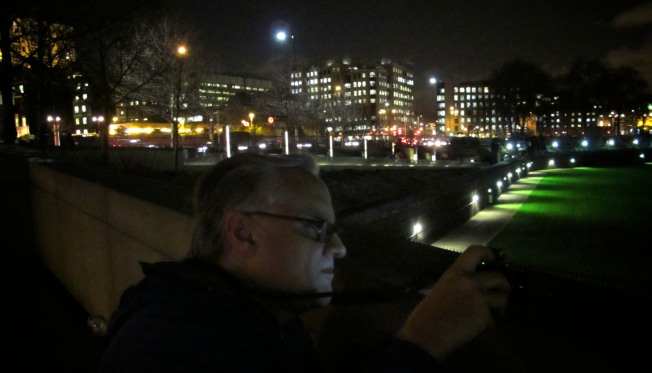 I took this shot of David photographing the Tower of London. I like the way he’s right where the walls come together to make a triangle. 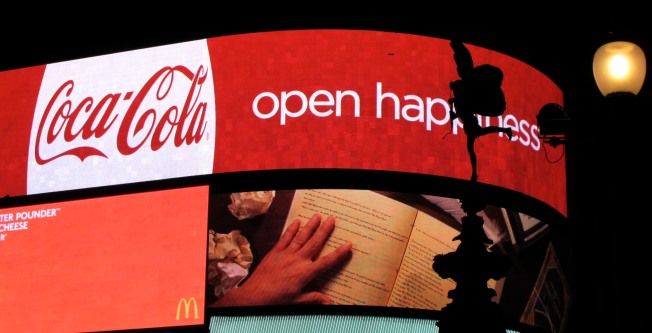 After taking about 20 photos trying to get catch the cupid at Piccadilly Circus, I gave up and decided that this one would have to do. 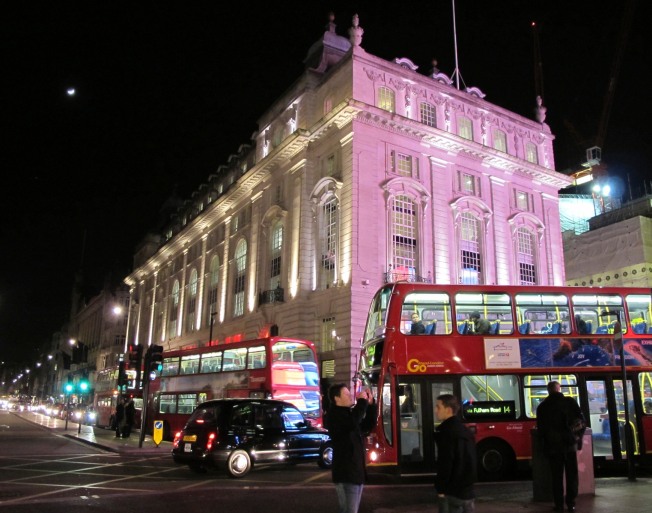 This is the Sofitel St James where my friend David graciously shared his suite which was named after the first actor to receive a knighthood, Henry Irving.

This shot of Trafalgar Square is a little different and you can see Big Ben in the background to the right. 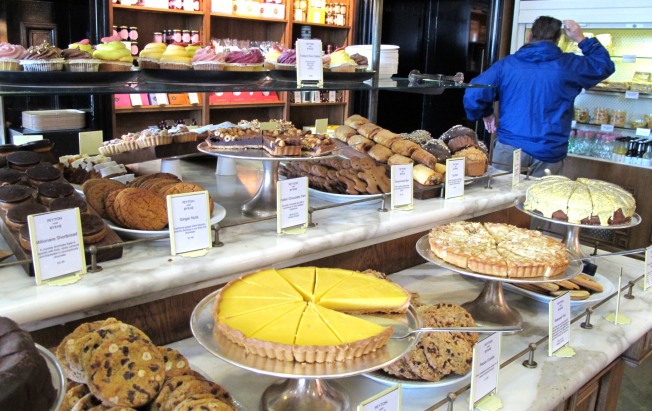 David is in the background of this photo looking as if he can’t decide what to have for brunch. I went straight to my favorite area, the dessert table. Despite wanting a little nibble of everything, I went with an apple muffin with big apple chunks. That means I can count it as fruit … right?

I was attracted to this statue because of the bird on the shoulder and the shadow it cast. I was glad I took the photo as it gave me a chance to see what Edith Cavell did with her life. Take a look if you have a minute. 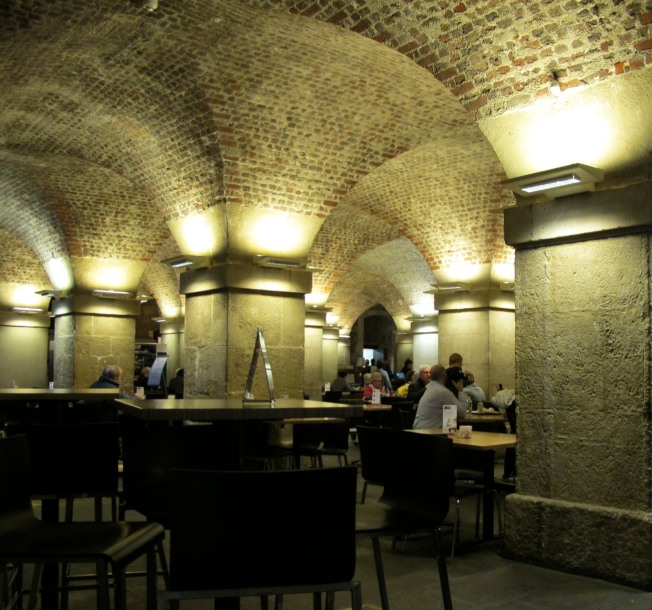 The cafe in the crypt at St Martin-in-the-Fields.

I was a little shocked to see the trash behind The Queen’s guards near St James Park.

I love this view of the London Eye from St James Park. 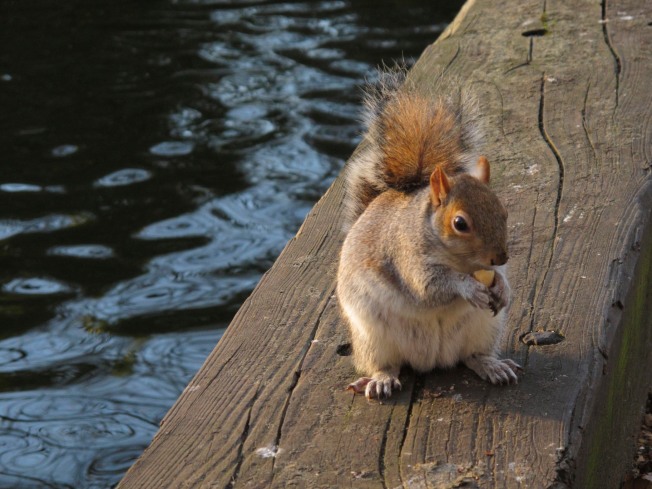 Someone was passing out peanuts to the squirrels in the park and the one below got a bit close thinking I had a nut for him.

This was taken at Roast, a restaurant David took me to for a yummy late lunch.

This was my lunch of mashed potatoes, applesauce, and pork belly. Mmm! 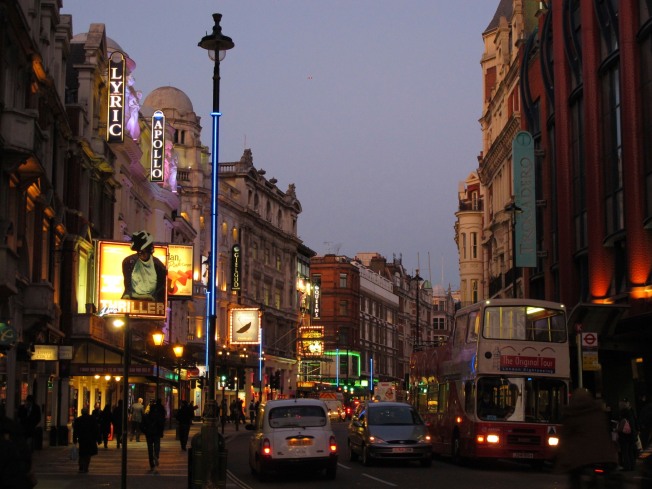 We were on our way to the theatre where we had a date with some red shoes when I snapped this one.

This was a fish stall in an open air market. It was pretty fishy even in the open air. 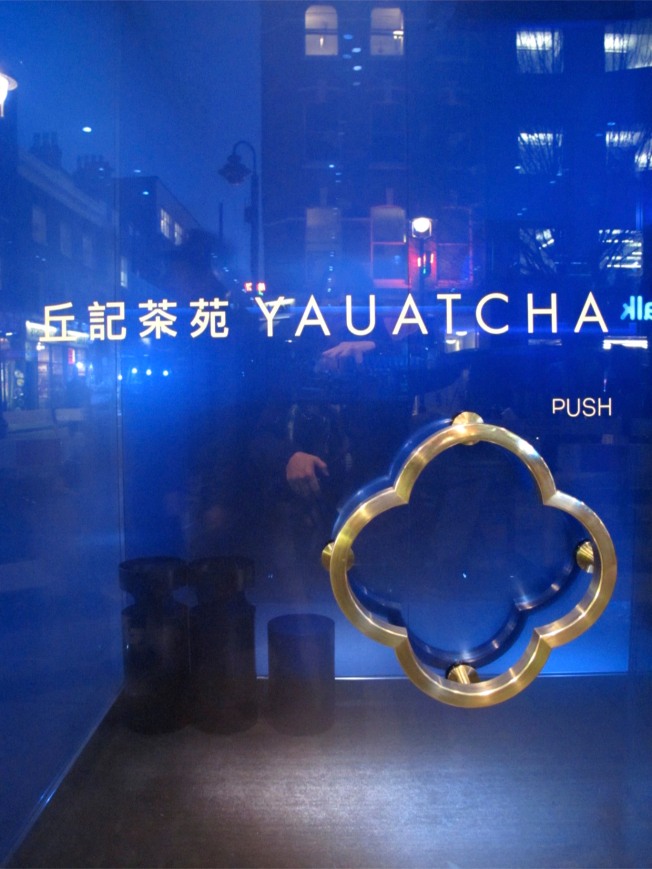 We had dinner of dim sum a this beautiful restaurant before making our way to the theatre. We were off to see The Wizard!

Andrew Lloyd Webber’s newest show was in its second night of previews … does it look familiar to anyone? 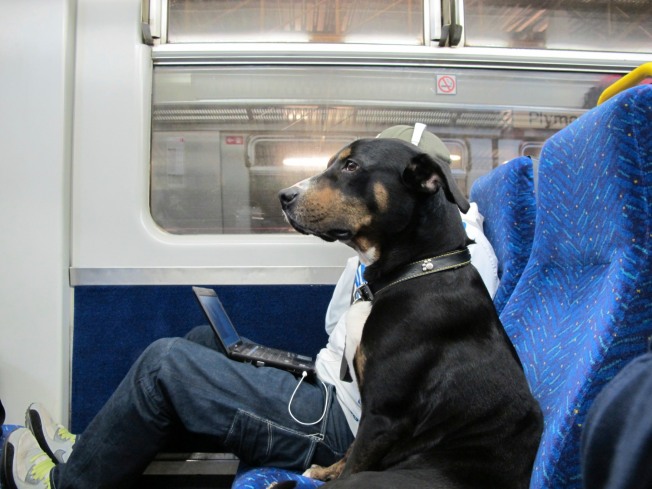 This was the last bit of my trip home. I had to change trains at Plymouth and when I got on I found an unusual non-paying rider in the seat across from me.