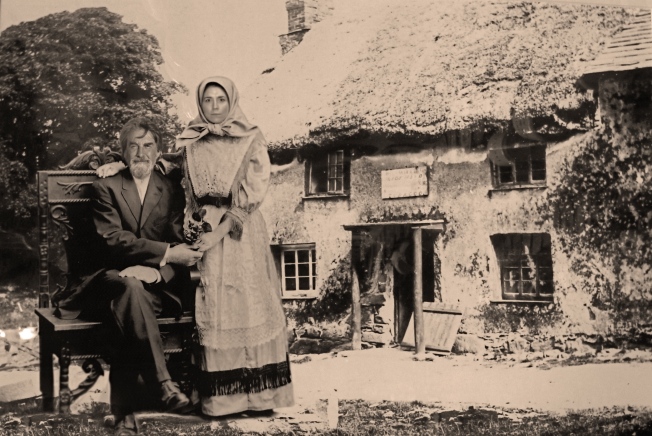 Remember when I promised you a surprise in yesterday’s post … what do you think about this one? Recognize anyone in the old pub photo above? I think you may have seen this couple in other posts scattered around my blog. While John and I appear thanks to my sister Margaret and her amazing Photoshop skills, the photo below is our village pub as it looked before being destroyed by fire in the mid-nineteenth century. 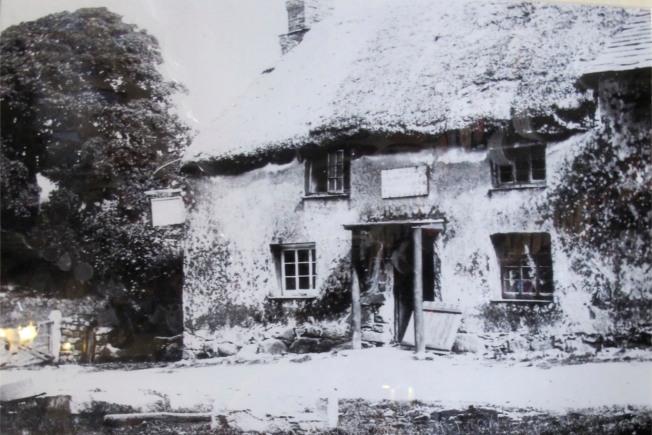 I copied the old photo in our pub a few days ago and thought you might enjoy seeing the pub as it looked back then so you might compare it with how it looks now in the image below. It’s a good bit different and certainly more modern, but you might be surprised to know that our pub still burns coal in the fireplaces in both the pub side and the restaurant. I’m sure there are places in the US where this still happens, but I never saw or smelled it until moving to the UK.

I hope you enjoyed the pub photos as much as I did. Thanks again to Margaret for obliging my last minute request to add us to the old image.

It feels as if it has been a long time since I posted although today is actually only day four since the post about my dancing ladies guiding me home. After traveling so much during the month of September with my sister, I  must admit that I have been sitting around with my feet up a good bit more than I normally would. Put plainly, I feel tired in a way that is difficult to explain. It feels like more than just travel weariness and I am spending more time than I probably should thinking about why.

My habit when getting get stuck in my head is generally some sort of physical movement such as cleaning out closets or giving things a good scrubbing. So far the closets still need a bit of rearranging and the spiders are taking over the house. It is difficult to clean when one’s feet are crossed at the ankles and resting the coffee table, but I am managing to get some work done even though my brain has been disinterested in writing and cleaning does not seem to be the answer this time.

Instead of sorting through old clothes or pairing stray socks, I have been sorting through the new and old images residing in my Aperture file. Having wrapped up the end of September with almost 12,000 new photographs, my computer was bursting with around 33,000 images. In preparation for my sister Margaret’s visit, I had moved about 15,000 off my MacBook to an external hard drive, but quickly filled it back up again to the point where I began to receive messages about how I needed to clear some space before trying to add any more.

It’s funny on reflection to think about how I tend to keep photographs where I did not get what I hoped for from my subject when so many good ones are sitting right next them. With the same sort of scarcity mentality that made my depression era grandmother save old things she should have tossed, I have kept photographs that I thought I might need in the future even though they were imperfect images. I held onto to the idea that I might shape them up with a bit of time and Photoshop.

Never mind that several perfectly good images sat on either side in the same grouping, I have always been slow to press the delete button on the imperfect, afraid like my grandmother … that I might need them one day.

I can see a correlation between my saving photographs that would be better deleted in the same way that I find it difficult to let go of many things such as beliefs, ideas, dreams, and even people, who clearly no longer wish to be included in my memories or life.

I hold on … shifting them over to an external hard drive of sorts in my memory, letting them take up space that would be better served by something else. For the last few days I have been ruthlessly deleting thousands of images and the big clear out is not over yet.

I should have done this years ago and when I pause too long before pressing the button, I remind myself that I am making room for new images that will give me what I want without all the effort of trying to shape them into something they never were from the beginning.