Going back again to the sloping Cornish coastline, I am making good on my promise to show you what I discovered attached to the other end of the big horn.

First … I try to sneak up on them.

Oops … Did they hear me coming?  I think I heard one of them saying,” Isn’t it a bit early for the tourists ? “

” Tourists … that one in the bushes with the camera has paparazzi written all over her and did you see that bearded guy with the video camera? ”  ” Sheesh, March is just a bit early to have to start pretending we don’t see them. ”

After taking more photographs than you would want to see of wild goats, I have a few more of our walk from Strangles Beach to Crackington Haven to share with you. Crackington Haven is the beach you see in the distance. 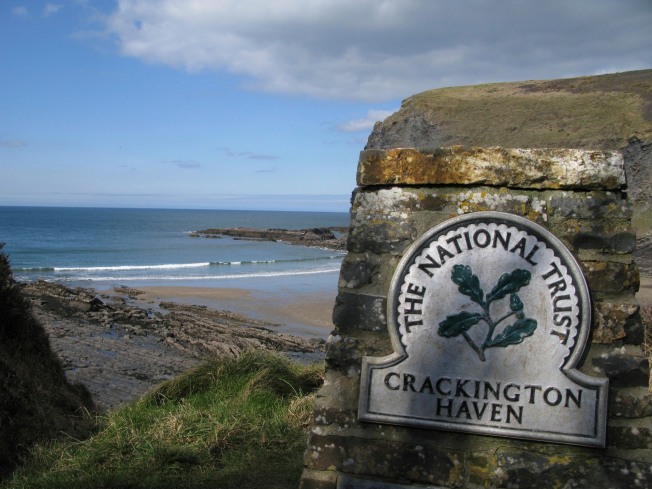 John is sitting in a perfect spot for enjoying the beach and a view of the cliffs.

Here you see John trying to take a short cut to the beach, but after it got a bit dangerous, he turned back and climbed up the cliff to find a safer way down. Once we were back on the path, we saw the sign below.

The rocks on this beach are amazing and there is a great deal written about the geology of the area.

I really wanted to slip this rock with a V in my pocket.

This striped one was really hard (no pun intended) to leave behind too. 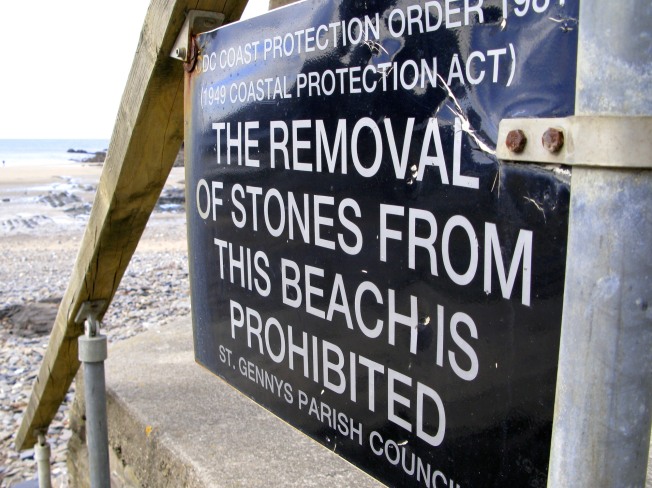 I do read directions sometimes though … and even follow them.

I mean look at all these rocks … would anyone really miss one or two? As much as I wanted the two above, I took only photographs and left the rocks behind on the beach.