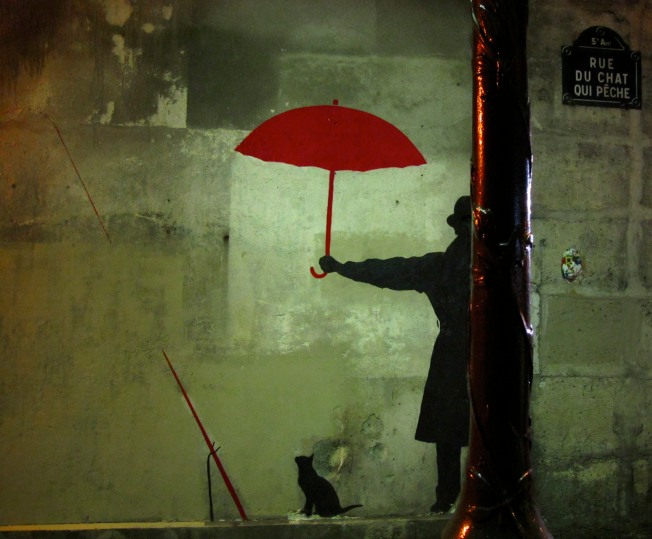 While rushing past what looked like a tiny alley between two buildings in Paris, I saw the eye-catching image painted on the wall in front of me. Intrigued, I snapped a couple of photographs making sure to include the street name which loosely made a little sense to me … cat, fish, huh?

I was truthfully too interested in getting a proper photograph to consider that this narrow street was in fact even considered a street until much later when doing my research online.

What I saw was colorful umbrella and the shadow figure of a what appeared to be a man with a shadow cat. I did not realize until I had snapped a couple of shots that the red line in front of the cat was a fishing pole.

There’s more to this story though.

When I snapped the first image, it looked like the one below. 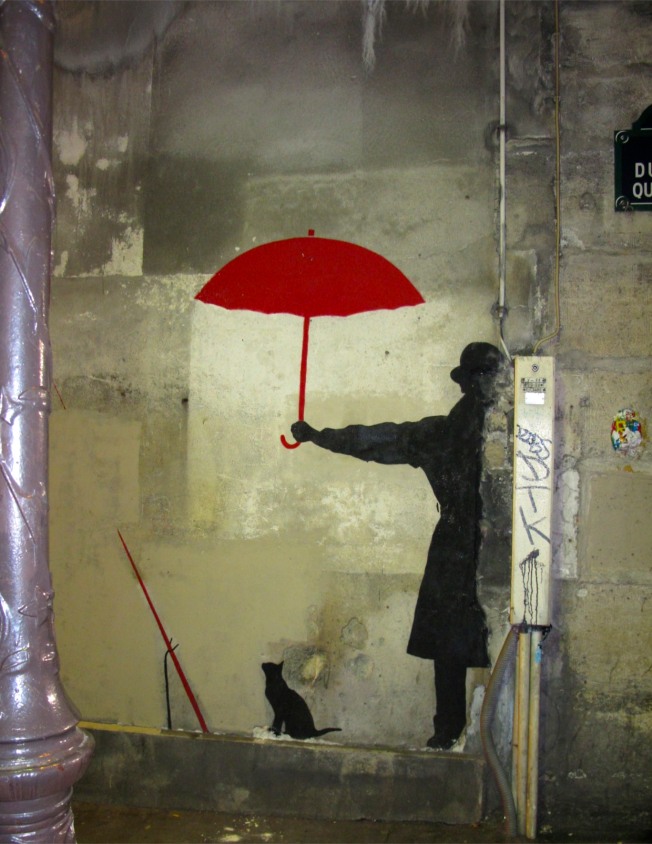 This was my initial shot which I took very quickly. I was thinking that even though I was in a hurry, I wanted a shot of this interesting scene. One look at the ugly graffiti covered box and the missing wall plaster on either side of it forced a quick evaluation of what I might do to get the best shot.

I noticed the lamp post that had been over exposed by my flash for the first time when I looked at the image in review on the camera and then after adjusting the flash, I moved over a few steps and snapped the image below before taking the final one in the first image above where you can see the cat waiting with the fishing line. 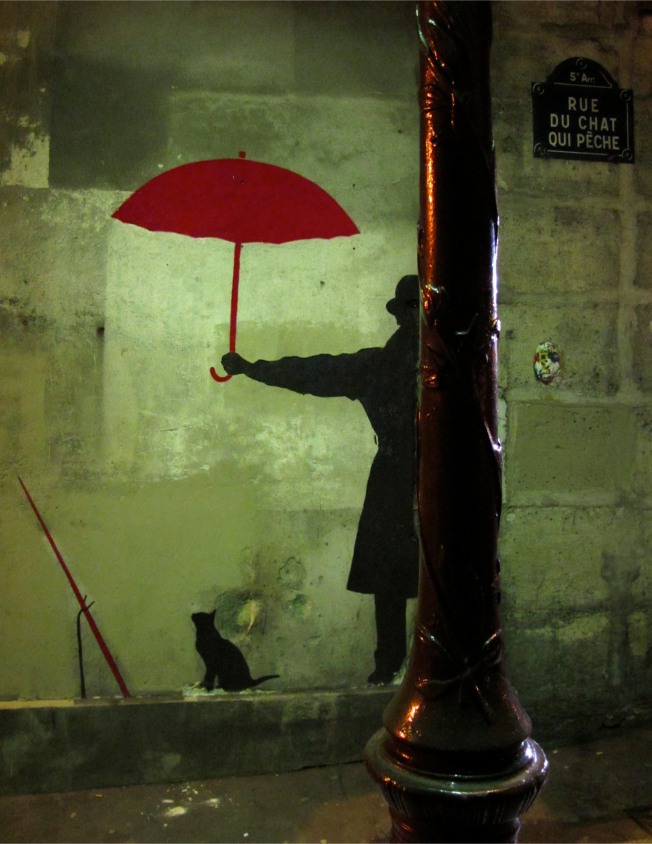 By using what was available to hide the damaged wall, it added greatly to the shot and reminded me in a way of a Gene Kelly moment from the movie, Singing in the Rain.

It is always interesting to me how a slight change in perspective can greatly alter your view.