You hear about urban foxes living in London and sometimes you see shocking news stories about fearless fox attacks like the one last June that went after twin girls who were sleeping in their beds. You may have seen video footage as I have like the one shown here, but despite all that it can be hard to imagine them roaming the London streets. 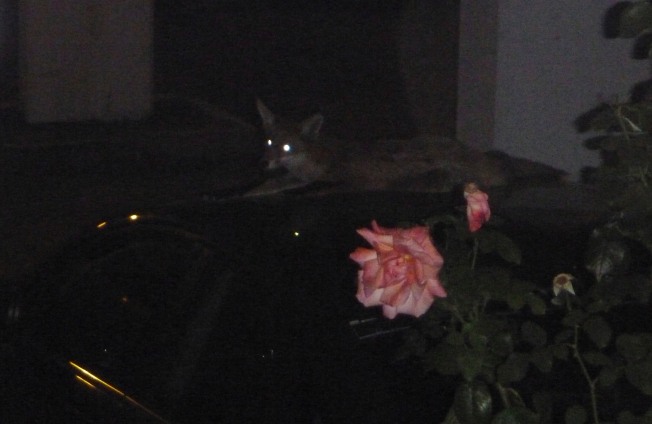 That changed for me last month when John and I spotted one after leaving my sister Margaret at her London hotel for the evening. We had just dropped her off after my day-long birthday celebration and were walking past a small hotel with cars parked in a partially open garage when I spotted the bold one you see on the roof of a car.

I took about 20 photographs while using the flash with little to no response from the fox.

We were standing on the sidewalk about 20 feet away and I was more nervous than the fox seemed to be.

In this shot you can see the fox just before he or she decides to move along.

After standing up and having a slow stretch, the fox walks down the front of the car and goes off through the garage in search of perhaps … a late night snack. 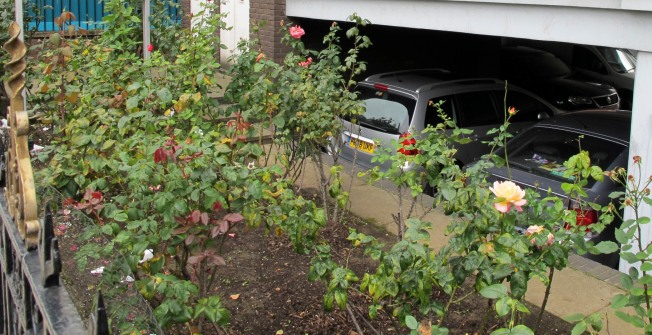 This photo taken the next morning shows the distance from the sidewalk to the car. While doing research for this post, I discovered an article citing a report released a few days ago that said in March of last year, 11 Penguins at the London Zoo had been killed by fox who had managed to get into their enclosure.

Before the attack on the twin girls last June, I would not have thought much about the possible danger of having them around, but I was reminded by the articles I read that they are still wild animals even if some of them like the one we encountered do not seem wild at a glance.

6 thoughts on “My Experience With A Fearless Fox In London”