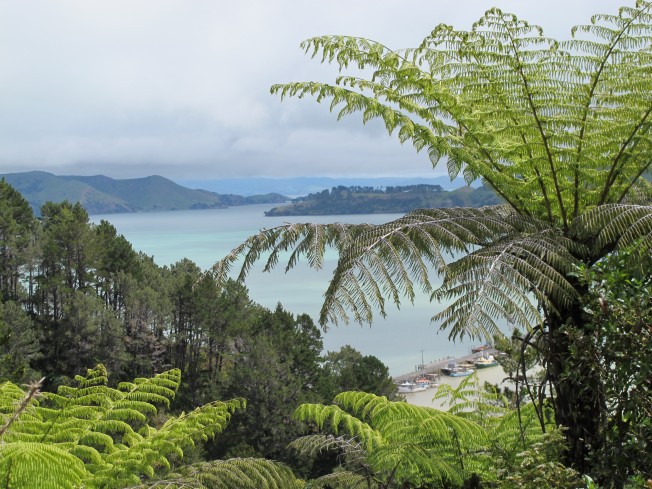 I know the last thing anyone wants to read is me whining about how I have too many images to sort, but it’s true. There is so much to take in here on North Island, that I can’t make up my mind when trying to decide what to show you. Everything is stunning and I want to upload it all, but you would likely be as bored as someone forced by the obligation of friendship to sort through their friend’s big book of travel pic’s with the returning holiday-maker narrating at their side.

This has been the most interesting mix of different landscapes I think I have ever seen with a huge variety being observed during some fairly short walks. 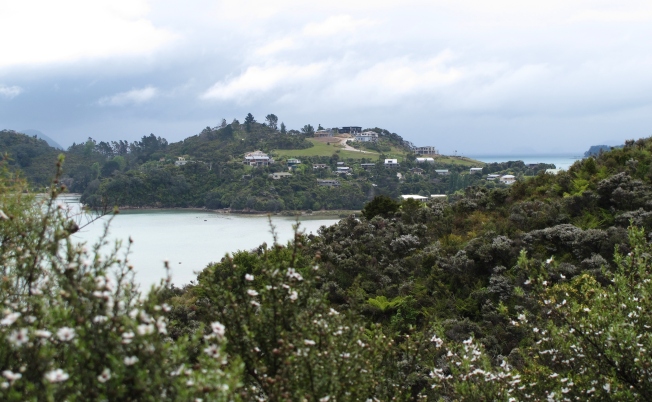 Flowers are blooming everywhere and the scent of the honeysuckle blossoms warming in the sun made me go back in memory to my grandmother’s house and a time when the smell of summer coming was enough to make a girl want to shout out loud. Giving in to the memory and the sweet scent of nature, I did let out a little whoop sound which had John turning around to see if I was okay. 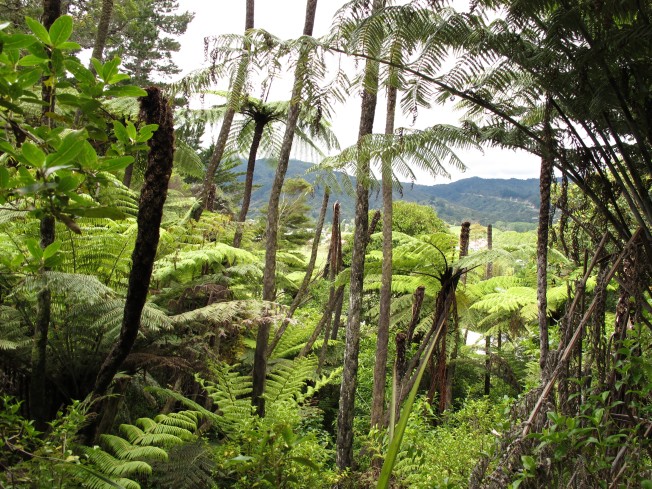 I told John that sometimes I feel like I am in a Jurassic Park movie with all the Ferntrees scattered about the woods. 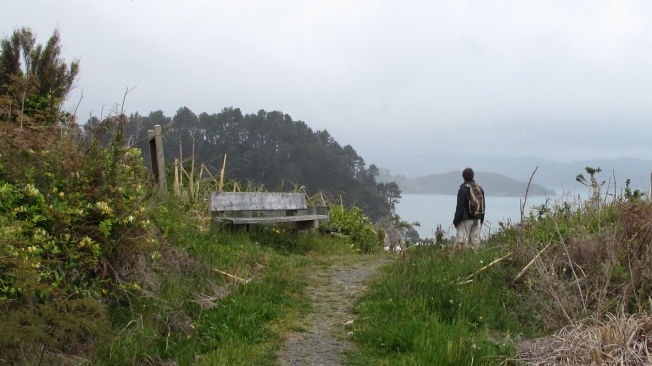 On walks like these John can sometimes end up way ahead of me as I am constantly stopping to take a photograph.

Don’t you just expect to see a dinosaur coming around the next gap in the woods?

Just as I was tucking into some dinosaur day-dreams, I head a rustling sound and this friendly cat came down the path looking to have her ears scratched. After give her a little head rub I thought I was on my way to meet up with John when she followed me a bit more meowing loudly. 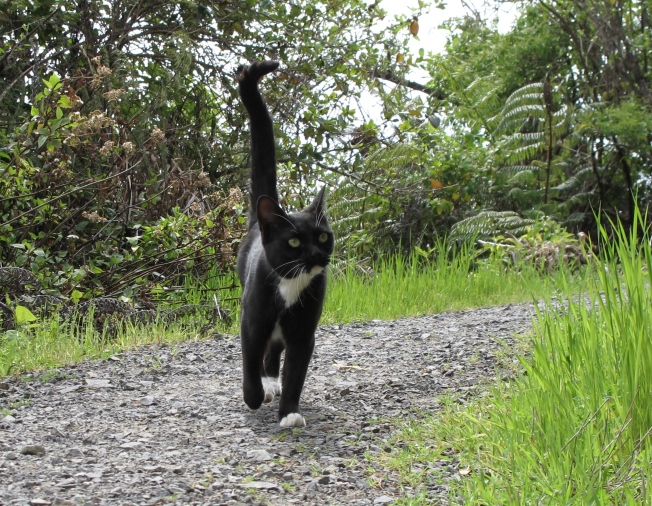 When I tried to go she threw herself down in front of me rolling around to get my attention.

I called her Cora since I found her above Coromandel Town and when I headed down the path she stayed behind.

5 thoughts on “A View From Above Coromandel Town”

Leave a Reply to spread your wings Cancel reply