Okay, so I’m not being very original with my blog name for the newest member of the family, but I thought Jersey Baby Girl would work for a while. I intend to refer to her most often as JBG for short and will likely shorten Jersey Girl’s name to JG. I hope it doesn’t get too complicated.

My friend Patrice and I were talking about this last night and how some people go their whole lives being called by a nickname. She said she grew up with a much older cousin who everyone always called Baby Sister and to this day she’s not sure what her cousin’s name really was on her birth certificate.

John’s been having all the fun (I’m so jealous) and doing a great job of taking care of Jersey Girl while her mother and baby sister were in the hospital. They both came home a few days ago and I wanted to share some of the sweet pictures John and others have taken that show what I’ve been missing.

Mom shares a moment with her Jersey Girls 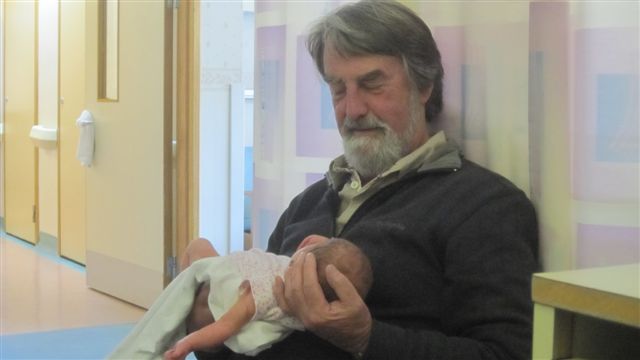 I wonder what he’s thinking here … 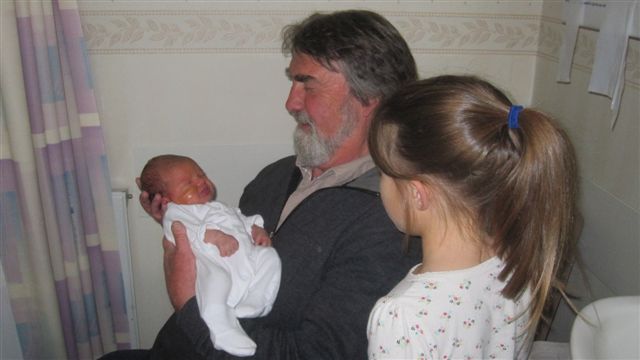 John with both of his granddaughters.

That baby looks hungry to me.

Jersey Girl gives Boris the Bear a peek at her baby sister. The crates you see behind JBG’s head are there because they moved into their new home by the sea just before she was born.

Mom out walking with her girls.

JG clowning for the camera in a hat and shirt that John and I gave her two years ago for her birthday. She finally grew into them. My daughter Miranda would tell you that I always bought her clothes about two sizes too big when she was a little girl too. John said she came downstairs wearing the hat and shirt and announced that these were things we had given her for her fifth birthday.

I just hate missing these sweet moments. John’s been sending loads of pictures which help, but I wish I could have been there too.

John with his youngest daughter Rachel and her new little JBG.