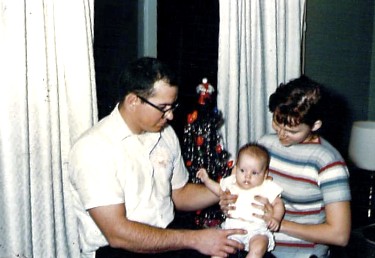 I’ve always been someone who asked a lot of questions so much so that sometimes when I say,”John …” from another room he will answer with, ” Let me ask you something ” repeating words he’s heard me say many times before.

It’s disconcerting for some people, they think I’m being nosy or too intense, but all I really want to know is who they are and what matters most to them.

I said that he needed to ask his girlfriend a few questions that mattered to him and then listen. Ask and listen … don’t think, plan your next question, or worry about having to fix anything, just ask your question and pay attention to the response. I heard later that they got married and from what I see on Facebook, they still look very happy together.

I wish I knew more of what my mother and father dreamed of for their own lives growing up and what kind of life they imagined for me that first Christmas. I wished I’d asked more questions when my father was living and my mother still speaking to me.

Sometimes we think we have forever … another year, another Christmas, another chance to connect and we put off important questions until it’s too late. People die or leave us in some way and the things that need saying are lost or never asked.

Don’t wait until it’s too late.

Think of the one question you wish you could ask and then consider what’s stopping you and move past it.

6 thoughts on “Ghosts Of Christmas Past – Feeling Connected”