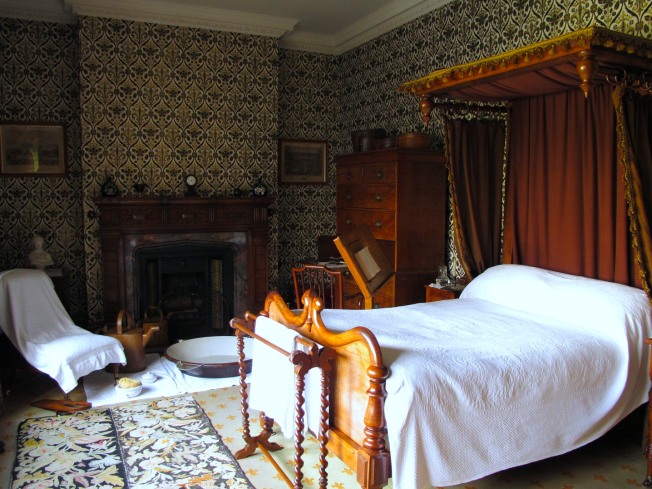 In the American South, where I spent much of my life, to describe one’s self as ‘feeling puny’ meant you were sick or ill in some way and not your usual self. That’s me today, feeling puny even after sleeping eight hours and having had a nap the day before. I have so much I wanted to do today, but with a throat that feels as if it’s on fire and an overall unwell feeling, I think I’ll just go back to bed … at least for a few hours.

For the record, that’s not my bed in the photo above. It belonged to the master of the house at Lanhydrock. Although it does look inviting, I rather be snug in my cozy bed below. I may be back later today with a book review I’ve been working on, or I may not. I hope your Saturday is more productive than mine appears it’s going to be …and Donna, if you’re reading this, ‘ Thanks for the hostess gift. ‘

Seriously, I do hope she’s feeling better. After leaving us on Thursday, she began to feel ill by the time she made it back to London and according to an email, she felt even sicker on Friday. Being ill away from home makes it much worse and I’m grateful for my warm bed and my sweet husband who’s close enough to check on me now and then. 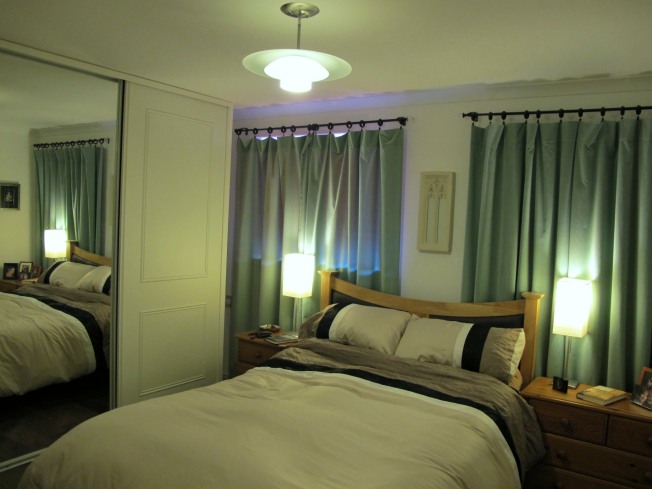 By the way, the online dictionary I use does not define puny as having anything to do with feeling ill so I’m guessing it’s just a southern thing.